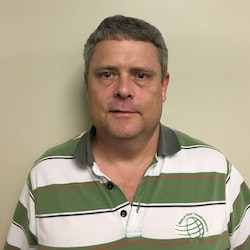 Tommy Raymond is a native of Lexington, Kentucky. The sports he follows most are related to the University of Kentucky sports teams, track &amp; field and golf. He has attended all four of golf’s majors. Although he’s played golf since the late 1990s, he’s still looking for his first hole in one.

Adam Scott missed the cut last week at Bay Hill but is a past champion at The Players Championship and presents plenty of value to bettors.

The PGA Tour moves to the Orlando area for the Arnold Palmer Invitational at Bay Hill Club and Lodge. It will be the fourth rendition of the event since the passing of the legendary Palmer, who died in September of 2016.

Billy Horschel worth a wager at Honda Classic

The much-anticipated Florida swing starts Thursday on the PGA Tour when the Honda Classic tees off at PGA National in West Palm Beach. It has had a number of strong fields in recent years, but the 2020 edition will unfortunately mark a noted decline.

The PGA Tour heads south of the border for the World Golf Championships-Mexico Championship at Club de Golf Chapultepec near Mexico City. One main feature is the long drives on this course, which sits at around 7,500 feet above sea level.

Cantlay is a sneaky good bet to win Genesis Invitational

The PGA Tour’s West Coast swing concludes with the Genesis Invitational, which is hosted by Tiger Woods and was previously the full-fielded Genesis Open. It will be a 120-player event staged at historic Riviera Country Club in Pacific Palisades, California.

The PGA Tour's West Coast swing moves up to the Monterey Peninsula this weekend for the Pebble Beach Pro-Am, which concludes as usual at Pebble Beach Golf Links.

Matt Kuchar poised to make some noise at Phoenix Open

The PGA Tour moves from San Diego to just outside of Phoenix this weekend for the Waste Management Phoenix Open, which is held at TPC Scottsdale. As is the norm in recent years, it is held on Super Bowl week, and every so many years, nearby Glendale has hosted the game soon after the tournament concludes. That won’t be the case again until 2023, but the excitement remains.

The PGA Tour swings toward the San Diego area for the Farmers Insurance Open at scenic Torrey Pines and will mark the anticipated 2020 debut of Tiger Woods. He just turned 44 on Dec. 30 and will seek to surpass Sam Snead in career PGA Tour wins.

PGA: Scheffler worth a wager at watered-down American Express

The PGA Tour returns to the U.S. mainland this weekend for the American Express in La Quinta, California. For the first time, Phil Mickelson, a two-time winner of this event, will act as host. The tournament is played in a pro-am format and, and in 2012 became a normal, 72-hole tournament, rather than a 90-hole marathon.

The PGA Tour switches from Maui to Oahu for this week’s Sony Open in Hawaii, which is held at Waialae Country Club in Honolulu. Unlike last week’s Sentry Tournament of Champions, this is a full-field event and is played over much flatter terrain. It isn’t the best field we will see, but it will provide a two-year exemption to the winner, provided he isn’t already fully exempt.

PGA Tour: Fowler should flourish at Tournament of Champions

The PGA Tour wastes no time getting off to a rousing start in 2020 with the first tournament of the decade – the Sentry Tournament of Champions at Kapalua Resort on Maui. It’s restricted to players who have won on the PGA Tour from last year’s edition to the RSM Classic in November. There is no cut and, assuming the player isn’t disqualified, the tournament provides guaranteed money.

U.S. team captain Tiger Woods selected some of the best golfers in America for this year's edition of the 2019 Presidents Cup at the Royal Melbounre Golf Club in Australia, but what would have happened if he could have chosen the best American golfers of all time? We posed that question to golf columnist Tommy Raymond and had him select a 12-man dream team full of legends and luminaries.

The 2019 Presidents Cup commences December 12 at Royal Melbourne in Australia. It will mark the third time that Royal Melbourne has hosted the event. It also hosted in 2011 (a U.S. victory) and to 1998 (still the only International win). There has been one tie (2003, in South Africa) in Presidents Cup history and the rest have been U.S. wins, including a 19-11 thrashing by the Americans at Liberty National in New Jersey two years ago.

PGA Tour: A pair of live longshots at the RSM Classic

The Mayakoba Golf Classic will guarantee for the winner a trip down Magnolia Lane at Augusta for the Masters, as well as entry into the PGA Championship, the Players Championship and the Sentry Tournament of Champions at Kapalua in Hawaii.

The World Golf Championships-HSBC Champions in Shanghai, China, will bring an end to the Asian swing on the PGA Tour. Rory McIlroy is favored to win the event, but keep an eye on Patrick Reed, who showed signs of life in the latter stages of the 2018-19 season with a 10th in the Open Championship to go along with a win in the Northern Trust and a tie for ninth in the Tour Championship.

Top 5 most underrated golfers on the PGA Tour

In every sport there are underrated athletes, and golf is no exception. The PGA Tour has numerous players who get the results, qualify for most events and yet receive less than deserved notoriety for doing so. They must play their way into coverage on television but largely wouldn’t be recognized at your average McDonald’s.

The inaugural Zozo Championship begins the PGA Tour's first foray into Japan, as 78 players will take part at the Accordia Golf Narashino Country Club in Chiba, just east of Tokyo. The tournament also marks the return of Tiger Woods.

The third edition of the CJ Cup at Nine Bridges, played on Jeju Island in South Korea, will begin a three-tournament Asian swing on the PGA Tour.

Keegan Bradley is +4000 to win the tournament, has three top-10 finishes on the Golf Club of Houston course and only one missed cut in seven appearances.

The PGA Tour moves from Napa to Sin City this weekend for the Shriners Hospitals for Children Open at TPC Summerlin. This year it takes place four weeks earlier than a year ago, and since the Presidents Cup is in the not-too-distant future, it probably has a better field than one might expect at this time of year. Among those making his 2019-20 season bow is world No. 1 Brooks Koepka, who appears here for the first time since finishing second in 2016.

The PGA Tour moves to the West Coast for the Safeway Open, which is now played at the Silverado Resort and Spa North course in beautiful Napa Valley, California. The Tour came to this Johnny Miller-redesigned course back in 2014, and has remained here since after having stops in Scottsdale, Arizona and San Martin, California.

Golf: Shane Lowry worth a shot at BMW PGA Championship

Shane Lowry hasn't won at Wentworth but possesses a trio of top 10 finishes, including a second behind Rory McIlroy. I will give Lowry a shot at +2800 for the top score and consider him for each-way betting.

PGA Tour preview: A Military Tribute at The Greenbrier

The 2019-20 PGA Tour season kicks off Thursday, September 12 with A Military Tribute at The Greenbrier, located in scenic White Sulfur Springs, West Virginia. It originally was played in August, then moved to July, before taking a hiatus in the last season due to so many changes on the PGA Tour schedule. Though a lot of last season’s main stars will be absent, it will provide numerous opportunities for rookies and other players to get a head start on the competition.

Four stories that defined the PGA Tour in 2019

The PGA Tour season concludes Sunday with the final round of the 2019 Tour Championship. We take a look back at the four storylines that shaped the season including Tiger Woods' improbable Masters victory.

Schauffele worth a wager at controversial Tour Championship

The 2018-19 PGA Tour season will end Sunday, when the winner hoists the trophy for the Tour Championship and FedEx Cup at East Lake Golf Club in Atlanta. The event offers plenty of intrigue thanks to a controversial new format.

Rose, Poulter could hit at a price in BMW Championship

The FedEx Cup switches to the BMW Championship at Medinah Country Club (No. 3 course) in Chicago this week for the penultimate leg of the playoffs.

Golf: Fleetwood, Scott in the right spot at The Northern Trust

Solid, consistent golfers Tommy Fleetwood and Adam Scott both have a big shot to perform well in the first round of the FedEx Cup Playoffs.

Play your favorite golfers to win or bet matchups every week at BetAmerica! ...

The Open: Can Patrick Cantlay be the first winner since 1951 at Royal Portrush?

Don't miss out on betting the final major of the year! Find all the props, futures and matchups you need at BetAmerica ! ...