Week 6 of the NFL season is fast approaching and it’s time to take home some cash monies in the QB Throwdown, RB Rushing Roulette and WR Downfield Threat. Each EasyScore Pick’em game focuses on one position and gives you three tiers from each position to choose from. So in the end you’ll have three players on your team, either QBs, RBs, WRs, TEs or even Kickers! 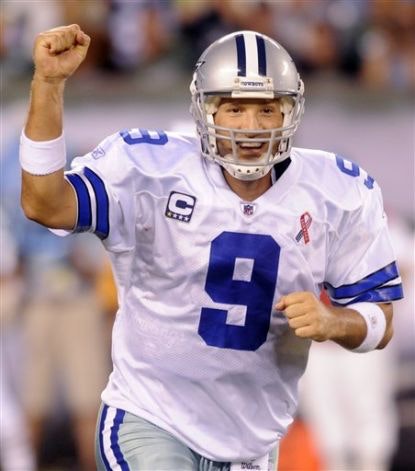 QB1: Tony Romo: It’s hard to pass up Peyton Manning for Tony Romo this week, but I think the Broncos will be running the clock out after halftime ends. Romo gets a Washington defense that is horrible for the most part, but Robert Griffin III and company have been improving on offense and the Cowboys pass defense is getting beat bad this season. Like last week we should see a close game and a lot of scoring in Jerry World.

QB2: Jay Cutler: Last week the New Orleans Saints came into Chicago with one of the best pass defenses in the league and Cutler threw for 358 yards and two touchdowns. The Giants have yet to hold an opposing quarterback to less than two touchdowns.  Their secondary is decimated and the Bears offense, though not always hitting on all cylinders, is playing at a high level.

QB3: Andrew Luck: If Luck was throwing the ball as much as last year he would most likely be a top five quarterback instead of sitting at ninth overall. In real football, he’s right up there. But in fake football, his team’s commitment to the run is holding him back. The good news this week is that San Diego’s offense is playing very well and they have given up the second most fantasy points to opposing quarterbacks, while not giving up a single rushing touchdown to opposing running backs. The fact that this game is in San Diego helps Rivers and company, which should help push Luck to throw the ball more in a close game. 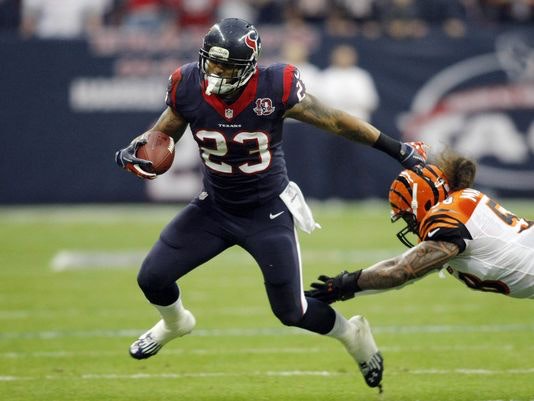 RB1: Arian Foster: The Texans are a better team than the Rams, even though Matt Schaub has been hurting them severely this season. The Texans have a much better defense and run game. With Schaub starting again they will do their best to let those two parts of their team win the game and pick and choose spots to get Schaub’s confidence up. That should mean a lot of work for Foster.

RB2: Doug Martin: Mike Glennon had a bye week to get on the same page as his receivers, both who were injured the week going into Glennon’s first game as a starter, so they should have a little more chemistry. That will help Doug Martin who had no room to run against Arizona because they didn't really have to respect the pass.   The Eagles also have a poor run defense and have given up 95 yards rushing per game to running backs. Martin should be able to break out this week and will get plenty of opportunity to do just that.

RB3: Ray Rice: Rice didn't quite look like his old self last week against Miami, but he was given 27 carries, which more than doubled his previous high on the season. The Ravens won with that approach and will try again by running to keep Aaron Rodgers off the field and to keep Joe Flacco from throwing interceptions. The Packers will be without Clay Matthews and have not been particularly strong against the run this season, giving up 4.9 yards per rush over the last three games.

WR1:  Dez Bryant: With Calvin Johnson still nursing his knee injury, Bryant is the next best receiver in the league and he gets a great match-up at home against Washington.  They have given up 100 yard receiving games to five wide receivers this season and rank fourth in yards allowed with 228 a game. In two games last season he caught 12 passes for 216 yards and two touchdowns against them.

WR2: Pierre Garcon: On the other side of the ball, Garcon will see a Dallas secondary that is giving up the ninth most fantasy points to wide receivers.  In week one they gave up 100+ yards to three New York Giants wide receivers in one game! This game is looking like a shootout and Garcon is by far Washington’s number one receiver.

WR3: Josh Gordon: Detroit has given up 140 yards to Jerome Simpson, 73 yards to Pierre Garcon, 77 yards to Santana Moss, 107 yards to Alshon Jeffery, 79 yards to Brandon Marshall, 127 yards to James Jones and 82 yards to Jordy Nelson. On the season, opposing wide receivers are averaging 193 yards per game against them.  Brandon Weeden will be starting for the Browns and the one good thing about him is he can throw a deep pass. The trouble is that he holds onto the ball too long. Thankfully Detroit ranks 28th in the league with just two sacks per game, which should give Weeden a chance to hit Gordon deep a few times.