I’m going to take a look at the top match-ups for scoring this week as dictated by the Vegas overlords and see what fantasy goodness we can extract from them.

The over/under for this game is 58 points, which is by far the highest for this weekend’s games. These two teams are one and two in total offense. Together they average 947 yards per game. Denver also averages the most points per game with 42.3 and Philadelphia is eighth with 26.3.  So there will definitely be fantasy points! We know the obvious fantasy players in this one. Peyton Manning, Demaryius Thomas, Wes Welker, Eric Decker, Julius Thomas, Michael Vick, DeSean Jackson and LeSean McCoy are all must starts, but what fringe players could help your teams? 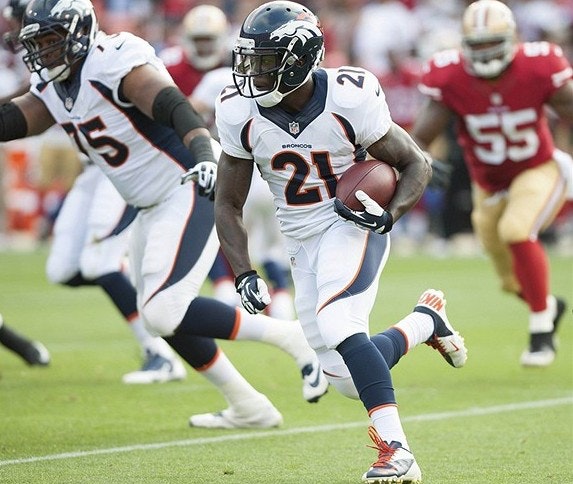 Montee Ball: Last week he fumbled for the second time and lost out on rock, paper, scissors for a touchdown. Regardless, he still looked decisive and strong as he rushed 11 times for 61 yards. I believe the Broncos, including Peyton Manning, very much want to see Ball run away with the job. He will need opportunities to prove himself and this game should provide plenty of opportunities.

The Eagles are one of the worst defenses in the league and Manning is putting up record breaking numbers with one of, if not, the best receiving cores in the league. The Eagles have given up the fifth most passing yards this season and they have faced Alex Smith. Manning will put them out of their misery pretty quickly and then we will see Ball in garbage time.

Jason Avant: The Eagles want to run the ball and they do, often. But Denver is allowing just 1.7 yards per carry. 1.7! After facing LeSean McCoy that number will rise, but they are still getting the job done. And after Manning puts a few touchdowns on them, they will need to transition into catch up mode. That could benefit Riley Cooper, Brent Celek or even Zach Ertz, but Avant is the surest handed receiver on the team and also the second most targeted receiver. I like him to get his chances in this one.

The over/under for this match-up is 50 and the chances of it being close throughout are good compared to the Broncos/Eagles game. The Patriots have been pretty awful on offense, but their tempo and sheer number of plays has kept them in the middle of the pack as far as production. The Falcons have been slowed by Roddy White’s ankle, but are still in the top ten in total yardage.  Unlike the previous matchup there are many more questions to who the playmakers are, especially for the Patriots. They are going to most likely be without Rob Gronkowski and Danny Amendola once again this week so they are going to have to find their offense from a variety of sources. 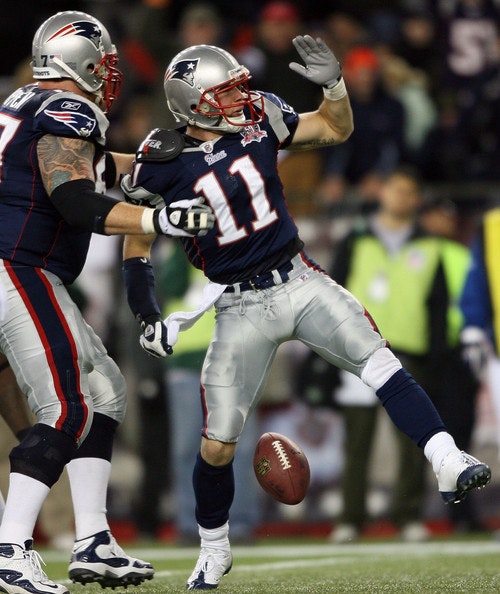 Julian Edelman: He is still going to be Tom Brady’s main target and he will most likely have trouble gaining chunks of yardage, but will get plenty of receptions and hopefully find the end zone like he did in Week 1. He’s a must start in all PPR formats.

Kenbrell Thompkins: He’s not playing overly well, but he’s still getting red zone targets and he converted two of those into touchdowns last week. He’s learning on the job right now, but is still in line for target. He’s worth a WR3 on your teams this week.

Brandon Bolden: He had six targets last week, which he caught five. His ceiling is limited by playing time, but he didn’t do anything to lose any snaps last week, whereas Stevan Ridley continues to have his snaps cut into by LeGarrette Blount. At least Bolden’s main rival is Shane Vereen and he’s injured.

Roddy White: This is a sketchy endorsement, but White played his most snaps of the season last week and looks like he’ll be close to 100% this week. The Falcons really have only had Julio Jones doing anything in the passing game, so White would be a welcome relief and will see plenty of looks when healthy and this looks like the week. Bill Belichick loves taking away the offenses best player and that is no doubt Jones which should free up Mr. White.

Marc Trestman has done wonders for this Bears’ offense, putting them at third in points per game with 31 compared to 23.4 last season and that’s after playing the Bengals and the Steelers.  The Lions are fifth in scoring and fourth in total yardage. So it’s no wonder that the over/under on this game is 48.

Chicago’s defense is not great. They rank 25th in yards allowed and 21st in points allowed.  They have little pass rush and Detroit has allowed the fewest sacks in the league. While Trestman’s quick hitting offense and a retooled offensive line have them giving up the second fewest sacks. That leaves a lot of room for passing the ball in the comfort of a silver dome.

The studs are easy of course. Matthew Stafford, Reggie Bush (he practiced in full), Calvin Johnson, Matt Forte and Brandon Marshall all need to be started without question. But who is left? 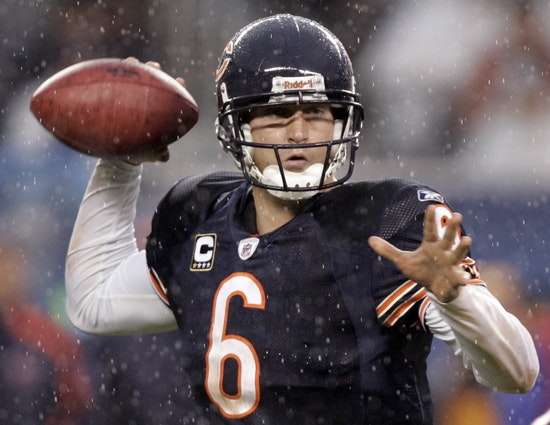 Jay Cutler: This game looks to be a shootout and Cutler will have plenty of opportunities to throw the ball to Brandon Marshall who will be covered by old man Rashean Mathis and he’ll also have easy yardage opportunities throwing to Matt Forte, who has caught 18 passes, the league high for running backs.  Cutler is  completing 67.3% of his passes compared to 58.8% last season. This is a new Cutler in a new offense.

Martellus Bennett: The Lions have given up 16 receptions to tight ends from the likes of Jim Dray, Jordan Reed and Logan Paulsen.  Martellus Bennett had a sore shoulder last week, but should be 100% this week and ready for red zone targets, which Cutler has already shown an affinity of throwing his way.

Ryan Broyles: The loss of Nate Burleson to Pizza the Hut (may he rest in pizza) was a boon to Broyles. Broyles is coming off ACL surgery, and finally got back on the field last week. He caught all three of his targets in limited snaps (17 to be exact), while Burleson caught six of his nine targets for 116 yards. Broyles will now take over for Burleson and there really aren’t any other players who can fill his shoes. He will be heavily targeted.

Joseph Fauria: The man barely plays, but when he does he’s getting red zone targets. Fauria has run a total of 22 pass routes in three games while Brandon Pettigrew has run 89. Pettigrew has 12 targets in which he has caught five for 38 yards while Fauria has had six targets which he’s caught four of for 32 yards and two touchdowns (four of the six targets have been inside the red zone). He is a super dark horse for any consistency, but with Burleson out, the Lions will want more playmakers in the game and Fauria is quickly becoming one.