Welcome to week 7 of the NFL season. We are right in the thick of it and match-ups are getting a little easier to decipher. Below are some of the guys I’ll be playing where I have a chance. Good luck everyone! 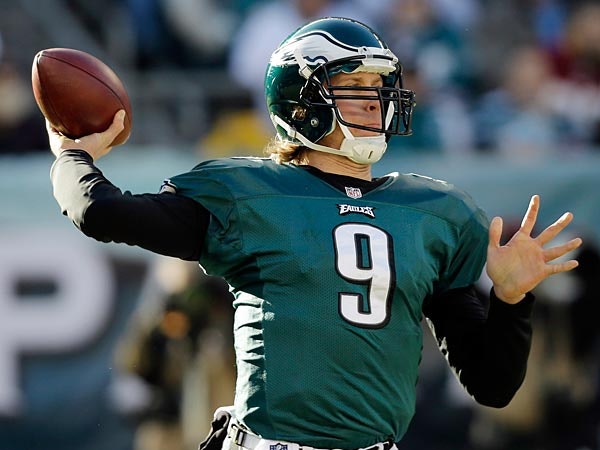 Nick Foles put together a great game on the road last week against Tampa Bay and amazingly was able to elevate Riley Cooper as a true #2 receiver, while also continuing DeSean Jackson’s great play.  Dallas is giving up 329 yards passing and 2.3 touchdowns per game to opposing quarterbacks.

Philadelphia will do their best to run the ball, but with their defense it’s going to be tough to slow own Tony Romo and company and be able to keep up with them on the ground, especially after Foles proved himself last week.

Eli Manning is throwing interceptions like they are going out of style, but Minnesota is just bad enough for me to recommend old Eli this week. The Vikings are giving up 319 yards and 2.4 touchdowns. Cam Newton dropped three touchdowns on them last week, Ben Roethlisberger threw for 383 yards the week before and the week before that Brian Hoyer threw for 321 yards and three touchdowns. Eli will probably still make mistakes, but he’s going to throw the ball and Minnesota ranks 27th in sacks per game.

The Falcons and Giants are the only two teams that have allowed two or more touchdown passes to every quarterback they’ve faced. This week they face Mike Glennon and Josh Freeman. I’m not saying start those two, but in a pinch the matchups aren’t bad. 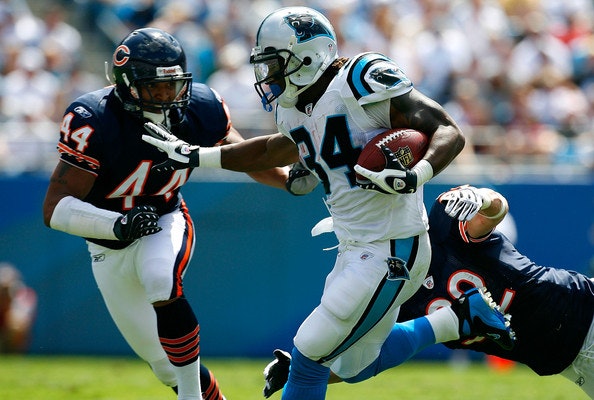 DeAngelo Williams is going to be hard pressed to score a touchdown, but he’s taking on the worst run defense in the league, the St. Louis Rams, who give up 127.3 yards at 4.7 yards per carry and one rushing touchdown per game.  Williams has also been getting more targets and should easily top 100 total yards in this one.

Lamar Miller has yet to do much to make you want to jump on his bandwagon, but last game he saw 76% of the snaps to Daniel Thomas’ 19% and now he gets to take on the Buffalo Bills who are giving up 109 yards at 4 yards per carry to opposing backs. He’s of course scary, but if you own him, this is the week to play him.

Frank Gore takes on the Tennessee Titans who are still without Jake Locker or a competent running back, so points are going to be hard to come by and Gore will get plenty of work against a team giving up 95 yards rushing at 4.4 yards per carry to opposing running backs. 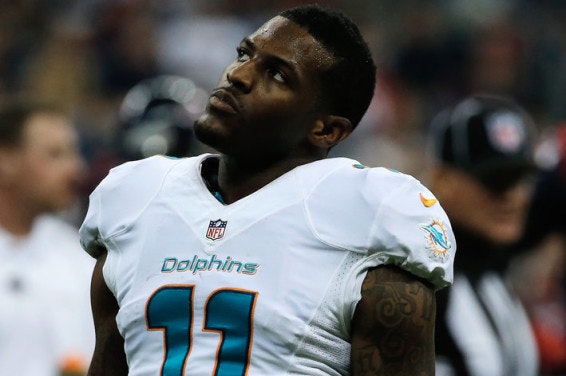 The Buffalo Bills are giving up 14 receptions, 227.5 yards and 1.67 touchdowns per game to opposing wide receivers. That sets up Mike Wallace well, even if he hasn’t been playing that well. He’s still the target leader and the big play guy for the Dolphins so they’ll give him his chances.

Terrance Williams scored a touchdown last week, the only passing touchdown of the day and looked much better than Miles Austin. Coach Garrett was not pleased with what he saw from Austin and we will most likely continue seeing Williams on the left side. The Eagles have given up 13 touchdowns to wide receivers, the most in the league along with 17.5 receptions and 224.8 yards receiving per game.

Vincent Jackson blew up last week as the only go to receiver with Mike Williams out. The good news is that his big game came with Mike Glennon at the helm. The Falcons are giving up 200 yards receiving and the fourth most fantasy points to opposing receivers and Atlanta is 25th in sacks per game. Glennon needs a clean pocket to perform and the Falcons haven’t been getting much pressure. 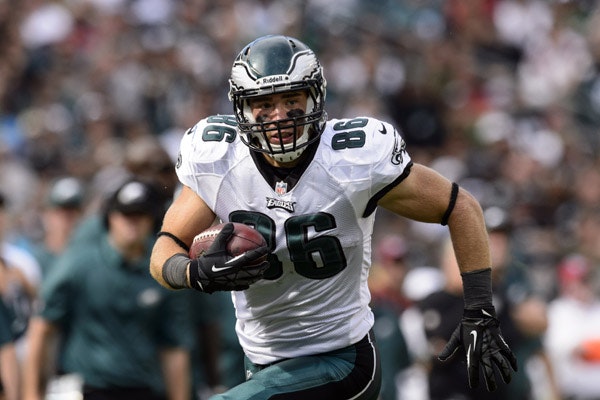 Zach Ertz saw his most snaps and targets last week and this week he gets the Dallas Cowboys who are giving up the third most fantasy points to tight ends. The Eagles will have to throw in this one to keep it close and Ertz could be the deciding factor.

Jordan Reed faces the Bears who are giving up 6.5 receptions per game to tight ends. Reed looked good last week against the Cowboys and is the definitive #1 tight end for Washington now. Robert Griffin needs desperately to find more targets than just Pierre Garcon and Reed sits the bill.

Tim Wright has taken over as the starting tight end for the Buccaneers and rookie quarterback Mike Glennon is a fan.  The two have hooked up for 12 receptions on 15 targets for 132 yards over the last two games. The Falcons have given up touchdowns to tight ends Jeff Cumberland, Kellen Winslow, Matthew Mulligan, and Dion Sims over the last three games.