You will notice on the BetAmerica website a new product this week.  FanEx Sports is the legal alternative to betting on sports, offered by a USA based and regulated gaming company.  Your funds are safe and secure.  FanEx sports is still in BETA mode so please bear with us in case there are a few small issues this week.

Welcome to week one of the National Football League season! Below I have some guys who aren’t scrubs, but aren’t all top tier plays who I think have nice match-ups and hopefully will help your teams out.  So without further ado!

Michael Vick: The Eagles have looked great in preseason and Michael Vick was in his element in Chip Kelly’s new offense.  In about four quarters of playing time during preseason games he totaled 454 yards rushing and passing and threw two touchdowns. He’s a risk to get hurt so if you’ve got him or want to play him in a daily game, this is the time to do it. 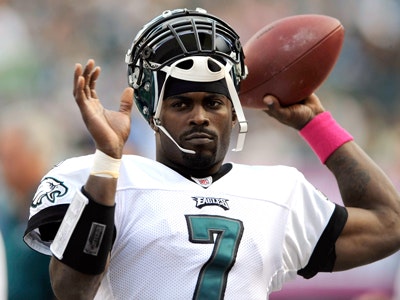 Washington was fairly easy to pass on last season ranking 5th for most fantasy points and third for most passing yards given up to quarterbacks. They got Brian Orakpo back, which should help their poor pass rush from last year, but they are very young in the defensive backfield. With Kelly’s multiple look offense those youngsters will have trouble. And if Washington scores on the even worse Eagles defense like they should, Vick will need to score a lot to keep up.

Ben Roethlisberger: Le’Veon Bell injured his foot in preseason and will miss this first matchup against the Titans.  The Steelers will have trouble running the ball effectively with Isaac Redman, which should force Roethlisberger to throw the ball often.  Tennessee’s pass defense was one of the worst in the league in 2012.  They allowed the second most receiving touchdowns, the seventh most passing yards and second worst completion percentage. He makes for a nice daily league play with upside.

Terrelle Pryor: His athleticism is not in doubt. Pryor has 4.38 speed and a 6' 6", 233-pound frame. It will take some work to tackle him. He faces the Colts who have a middle of the road defense at best, but an offense that mirrors their quarterback Andrew Luck, who is poised to take another step forward this year. The Colts should have no trouble scoring on the Raiders, which will most likely get Pryor in comeback/garbage time mode early in the second half. He will make plenty of bad decisions and can’t really be trusted in your redraft leagues, but in daily leagues he makes a nice play for cheap, with a lot of upside with his rushing ability.

Ahmad Bradshaw:  He's running with the second team in practice, but he is by far the best running back on the team and I just don’t see him losing many touches to the plodding Vick Ballard. The Raiders run defense has looked horrible in preseason and they weren’t all that good last season either.  They gave up the 10th most fantasy points to running backs and the 5th most receptions. Bradshaw is a great pass pro running back and receiver. He’ll be in there on third downs and can put fantasy points up in many ways.

Daryl Richardson: Richardson takes on the Cardinals run defense, which was their weak point last year while their pass defense led the league in multiple categories. They gave up the 2nd most rushing yards per game while their pass defense gave up the 4th least amount of passing yards. The Rams will try to throw the ball with a wide-open attack, but may have the most success with the run and Richardson is the undisputed starter. The Rams defense is stout and will give the Cardinals offensive line trouble all day long. They should keep the game close and low scoring which should give Richardson plenty of opportunities. 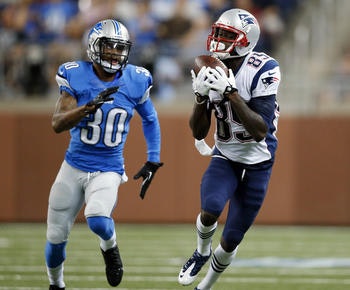 Kenbrell Thompkins: In the Patriots week 3 preseason game Brady targeted Thompkins 12 times with him catching 8 of those for over 100 yards. Week 3 is usually considered the “dress rehearsal” game and it is clear that Thompkins and Brady are connecting. Danny Amendola should be ready for the opener, but is experiencing a balky groin (not something you want). But even if he does go full out, Thompkins should be the second receiving target with Rob Gronkowski out. I like his chances for a nice game against the Bills who Tom Brady owns.

Darrius Heyward-Bey: I’ve been fighting it all preseason, but Heyward-Bey is the #2 receiver for the Colts. T.Y. Hilton may be better, but he’s only going to come in when they go three-wide. Heyward-Bey might not be a consistent play week in and week out, but he should get enough quality work in good matchups like this one to be useful. The Raiders pass defense was just scorched by Jay Cutler in their week 3 preseason dress rehearsal and Andrew Luck has looked unstoppable in his limited time this preseason. DHB’s worth a look-see.

Brent Celek: The Eagles stockpiled tight ends this off season and Chip Kelly has been known to deploy up to three at a time in some of his offensive alignments, so it looked fairly iffy as to what tight end, if any, might see enough targets to be of any value in fantasy. But so far in preseason Celek has been Vick’s go to guy.  And with Jeremy Maclin done for the year and mostly unproven tight ends and receivers around him other than Desean Jackson, Celek should continue to see targets. And this week he also has a nice matchup against Washington, who was dead last in fantasy points given up to tight ends last year along with receptions and yards.

Tampa Bay Buccaneers: It wouldn’t have mattered much either way, but Geno Smith was named the starter for the Jets for opening day and the Jets have very little in the way of offense. Smith will either play it extremely conservatively and score very few points or try to make throws he has no business trying to make. And with the addition of Darrelle Revis for Tampa Bay, that might not be the best idea. They may not be a top defense this season, but they are a safe play against the hapless Jets.

Indianapolis Colts: I recommended taking a flier on Pryor so why would I also advise starting the Colts? Because I’m insane. Oh, and I think Pryor will throw interceptions which could lead to touchdowns and lots of points while at the same time his rushing yards count for a lot more than his passing yards and he sure can run the ball. It could be that crazy of a game.