My grandfather took me to the harness races when I was barely tall enough to look over the lowest rail of the white wooden fence that surrounded the local oval. Maybe because I was so short then that all I could see was the horse's legs, I quickly learned the difference between a trot and a pace. 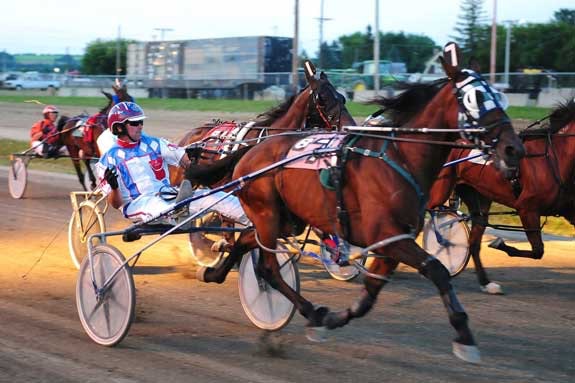 Later on, I learned that pacing is a more natural gait for standardbreds and most horses, which is why pacers are less likely to break stride or segue into a gallop when the pace heats up in a race. Many people think that horses won't or can't pace without hopples on, but that's not true.

Actually, the hopples are only there to remind them to pace when they get up to a speed where it would be more natural for them to break into a gallop. There are hopples for trotters too, that are there for the same reason, but they're made differently and are a more recent invention.

Many handicappers hate trots and won't play them, which may be why there are many more paces than trots on most programs in the United States. In other countries though, continental Europe for instance, ALL of the races are trots. In the rest of the world, it's a mix of paces and trots, but paces still predominate.

Some people like paces better because the horses can go faster, although I've never understood why that makes a difference to the bettor. In every race, no matter what the final time is, a bettor wins by picking the fastest horse, the one that goes faster than all of the others. It's all comparative.

At the same time though, there's the usual need to get to a good position, either in the lead or with cover or in position to close in the stretch if your horse is a closer, without using up too much of your horse's energy in the early panels. Trots are more complicated than paces, I think, which is why there are some drivers who are better at trots than paces.

At The Meadows, for instance, Dave Palone, the top driver, has 26% overall, but 28% for paces and 23% for trots. He's definitely a very good driver, no matter what the gait, but he's a little better at paces than he is at trots. Tyler Stillings is very good at trots. He has 26% for trots and 22% for paces. Some of the horses he drives in trots are the best trotters at the track, so watch for his name on the program. Two other good trot drivers at The Meadows are Rodney Bolon and Brian Zendt.

At Saratoga, I look for Jordan Derue, Bruce Aldrich and Chris Long on the program. Of course, I don't just play the drivers who excel at trots. As with any race, it's the horse that I have to handicap, not just the driver or trainer. Because there are usually more paces than trots on the program, it's easier for me to remember the good trotters, because there aren't as many trotters running. 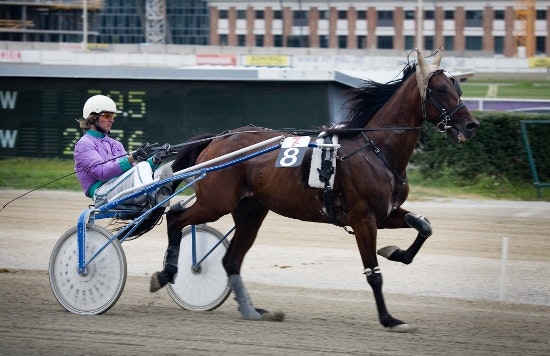 Unlike many handicappers, I like trots better than paces. I don't know why, unless it's that I like the way trotters look when they're racing. All my life, I've said that I'm "playing the trotters", although there are plenty of paces on the programs I play. That's probably because that's what my grandfather called it when we went to the harness races and he liked trotters better also. He drove both pacers and trotters now and then and owned both.

Maybe the biggest difference between trots and paces is that the handicapper has to look at strategy more than speed, and consider whether the driver will be able to keep the horse on stride. Even at half mile tracks, we have to keep in mind that the rail post isn't as good in trots as it is in paces, because so many trotters don't like the rail on their left. Even at half mile tracks, don't count out the outside horses in trots, because outside post positions can be a benefit to many trotters, and actually give them more room to maneuver and close on the outside.

If you've avoided playing trots, maybe it's time to take another look at them. Just keep in mind that you have to handicap them a little differently from the way you handicap paces. Look for horses that don't break stride, with good trot drivers, in midtrack to outside post positions. Keep track of the good ones and play them when they have an advantage. You may find that you start cashing more tickets on trots than you do on paces, or just as many.