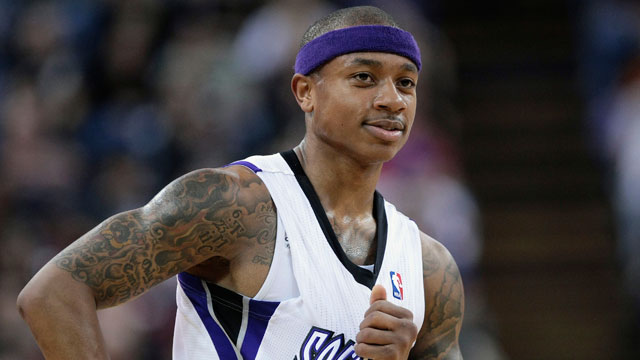 Isaiah Thomas had a career high on Sunday with 38 points.

Here is a highlight of a few standout players from Friday, Saturday, and Sunday.

Kevin Durant has been on a tear over the last 7 games averaging 38 points, 6 assists, and 5.6 rebounds a game while leading his team to a 4-3 record in that span.  On Friday, Durant went off becoming the first player in the NBA this season to top the 50 point total scoring 54 points leading to a total of 65 FanEx points. The Thunder play Portland, San Antonio, Boston, and Philadelphia, so Kevin Durant should be a must start every game at this point.

This weekend, the Rockets weren't led by James Harden or Dwight Howard, but rather Terrance Jones. Terrance Jones had a career high 36 points and 11 rebounds (54 FanEx points) in the win over the Bucks on Saturday night. After playing just 19 games in his rookie season, Jones has played in 39 games this season (34 starts) and is averaging 11 points and 7 rebounds.  Jones is turning into a reliable star for the Rockets becoming only the second player in Rockets history to score over 30 points in just his second year behind the great Hakeem Olajuwon.

Over the course of the last 6 games, Isaiah Thomas has been all over the map in terms of production; however, on Sunday night he had a career high 38 points and 6 assists in a losing effort to the Thunder. Isaiah has had an overall good year for fantasy averaging 28.6 FanEx points per game, and this week he plays the Pelicans, Pacers, and Nuggets.  So make sure to keep an eye out on this emerging star this week especially against the Pelicans on Tuesday allowing the second most points per game in the NBA.