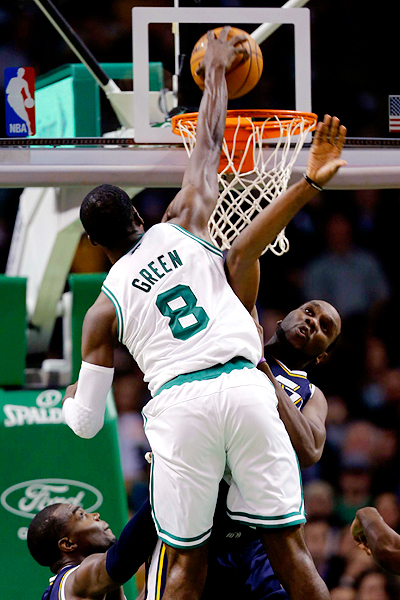 Jeff Green had a monster night finishing with 39 points and 9 rebounds.

Wednesday proved to be yet another great night in the NBA with emerging performers to everyday studs sitting at the top of the NBA FanEx scoring leader board.  Note: Some people's lineups probably got hurt bad with the injuries to DeMarcus Cousins and Rudy Gay. Scoring Champion: Mounds of Rebounds: Dishing It Out: Free Throws Are Easy: Thursday's 2 Game TNT NBA Schedule: