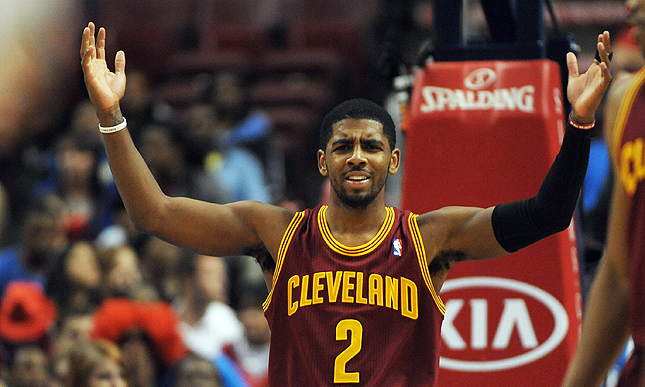 It has been an up and down season for the Cavs and Irving thus far, but they got an impressive win against the Thunder last night.

Wednesday's Player of the Night:

Kyrie Irving - Irving has been a small disappointment from a fantasy perspective.  As a top fantasy option at the PG position, Irving has not been the most consistent this season delivering sub-par performances sprinkled in with dominating performances like last night against the best team in the West, OKC.  The struggling Cavs entered into last night's game as a heavy underdog against the Thunder on their home-court, yet Irving and the Cavs put up 114 points including a 42 point 4th quarter to take down the Thunder despite Durant's near triple-double.  Irving delivered on all levels scoring 31 points, dishing out 9 assists, and grabbing 5 rebounds in a 50 point FanEx night.  Irving went 4-7 from behind the arc and 10-19 in the game with 7 free throws to add to his great night.

Last night's winner of the Winners Wednesday was delwallgill4 with a score of 200 points taking home the $50 bonus including the top prize in the $250 Wed Slam Dunk!  Congratulations to delwallgill4 for creating the perfect lineup for last night which included: Kyrie Irving, Chris Paul, Blake Griffin, Elton Brand, & Nikola Vucevic.

Stay tuned for more exciting promotions for FanEx in the coming days like our last Fun Friday Freeroll tomorrow!