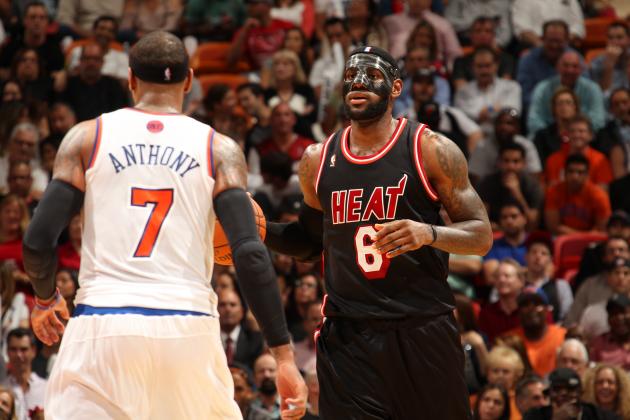 Batman or Zorro?? Either way you decide, the mask didn't stop LeBron from 31 points and a Miami Heat rout of the Knicks last night.