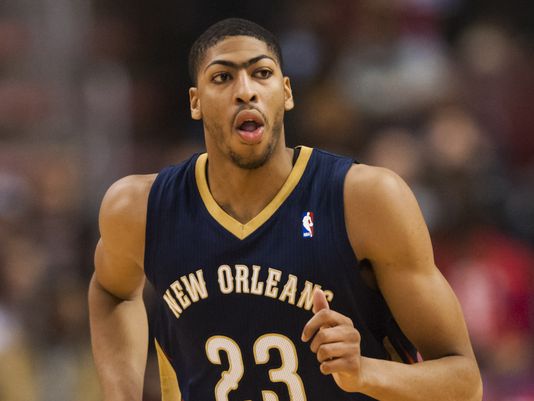 Anthony Davis has been on a complete tear over the month of March.

It was another great week in the NBA and on FanEx.  For fantasy basketball, a lot comes down to gut feeling about a player and your manipulation with the salary cap to get the best value you can out of all of your players in your roster.  However, stats and recent success from a player can heavily cause fantasy players to ride the recent success leading to glory or an absolute bust performance.  With that in mind, here are the top 10 NBA players from last week using the FanEx Sports scoring system. Anthony Davis has been on a complete tear over the last 7 days averaging 35 points, 13.3 rebounds, 2 assists, 1 steal, and 3 blocks.  Playing at a higher level than all of his opponents, Anthony seems to be finding his stride down the stretch of this season.  Last night he set franchise records by being the first player in franchise history to score at least 28 points in six straight games, and the first to record a 40-point, 20-rebound game.  The Brow has been dominating the league in the month of March and continues his success on Thursday when Toronto comes into town.  As of right now, there is no reason Davis is not considered in all of your lineups moving forward.

With eight out of the top ten players from last week being front-court players, it is good to see Russell Westbrook jump into the top 5 as the leading guard.  Westbrook seems to be finding his groove within the Thunder system after coming back from injury.  This month he has recorded a triple-double in 20 minutes, had a 36-point, 9-assist, and 9-rebound game, and has scored over 20 points in his last three outings.  It is safe to say that Westbrook and Durant can co-exist within the Thunders system as they both are in the top 5 this week.  Some other fantasy sites may have a few more guards within their top ten, but front-court players are dominating the FanEx leader board this week.