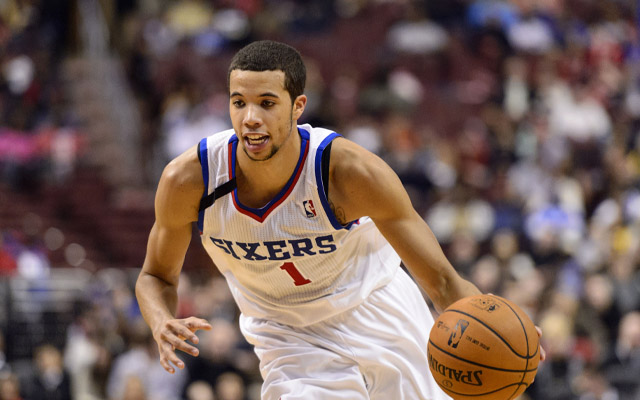 In this great picture from CBS Sports, Michael Carter-Williams is heating up the race for the rookie of the year award.

Michael Carter-Williams - I was beginning to worry about the productivity of this rookie sensation as the 76ers are tanking losing their 17 straight game last night to the Knicks.  Tony Wroten put up big numbers over the weekend dropping 30 points against the Utah Jazz; however, Carter-Williams proved that he is still the top point guard for this dismal team in the East.  Last night Carter-Williams posted a triple-double, his second of the season, finishing with 23 points, 10 assists, and 13 rebounds.  Overall delivering 46 FanEx points, Carter-Williams is hopefully on a stretch of consistency as he has dropped in value with the reemergence of Chris Paul and Russell Westbrook in the point guard position.   Hopefully this rookie sensation can get back on track and maybe help the 76ers win their first game in over a month...