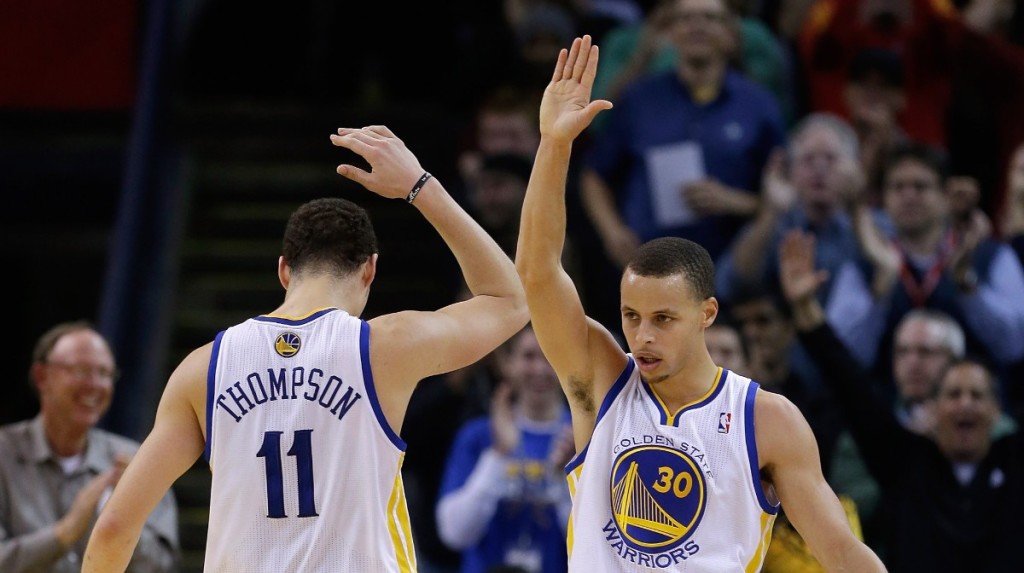 When in doubt, pick a Splash Brother or two.


Tonight's slate of 10 NBA games features many of the top fantasy players, but which ones will be worth picking tonight, and which ones will be a big bust? We'll select one player at each position we think is worth taking for the big money, and one value pick at each spot.

The Golden State Warriors welcome the Miami Heat on Wednesday on the 2nd night of a back-to-back. They'll be happy to be back home facing a Miami team that can't hope to guard the potent Warriors back court. Look for Curry to have his usual numbers in this game.

Boston's basically traded away their entire team, which means someone has to get the minutes at the guard spot. After dabbling with Evan Turner here, the reins have been handed over to Marcus Smart, and with minutes comes fantasy points. Definitely worth it at a low price.

Pau was already playing at an All Star level in his first year with the Chicago Bulls, but he's the hottest player in the league this week ,with a 46/18 and 28/14 in the last two games. Washington isn't going to slow him down. Look for another another game with well over 40 fantasy points tonight.

As with Marcus Smart, the starting role has been handed to Jae Crowder, and he's performing. In the Celtics' surprising win over the Pelicans this Monday, Crowder totaled 38 fantasy points on BetAmerica, which was a fantastic return on your salary cap investment. This is a team trying to figure out what they have, and what they may have is a breakout 2nd year player. Stick with Crowder for now.

Five double-doubles in the last five games, 30 points in the last two games, 20 points in 6 of the last 8. Nikola Vukevic has been dominant since coming from his December injury. With Dwight Howard not at 100%, there is nothing in the way of another big performance from the Swiss Giant.

Who is Hassan Whiteside? Great question! When 2014 turned over to 2015, the Miami Heat started giving this 2nd year center out of Marshall some big minutes, and he's responded in a big way. His last game on Monday, also out on the west coast, he put together a 23/16 line with 47 total fantasy points. He's been in the mid 20s every other game this year, and for a player at this salary level, he's a steal. I don't think he'll be giving these minutes back any time soon, so be on the right side with Whiteside!