Welcome to Week 16 of the NFL season. Below I have some value plays for this week who I think should pay off for your fake teams. 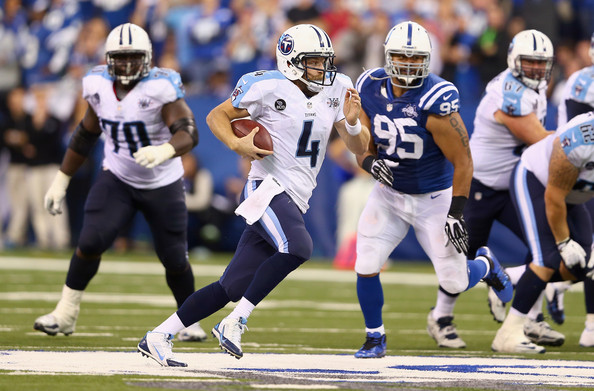 In their last three games the Jaguars have allowed 306.7 yards passing and 2.3 touchdowns per game to EJ Manuel, Brandon Weeden and Case Keenum/Matt Schaub. Last week Fitzpatrick threw for 402 yards, 4 TDs and 36 fantasy points against a good Cardinals defense.

In his last two games Dalton combined for 505 yards, 5 TDs, no INTs.  The Vikings have possibly the worst secondary in the league this season and have lost their best cornerback. On the season they are giving up the most passing touchdowns and third most passing yards. Dalton is inconsistent, but this matchup should smooth out the rough edges.

Kirk Cousins, Was vs. Dal

I their past two games the Cowboys have allowed Josh McCown and Matt Flynn four touchdown games. Cousins wasn’t great in his first start of the season, but still put up good fantasy numbers against a very bad Falcons’ pass defense. He should be able to do the same against a Cowboys team that is giving up the most fantasy points and passing yards to opposing quarterbacks.

Last week Ryan Mathews ran for 127 yards and a touchdown against the Broncos and the week before Chris Johnson and Shonn Green combined for 92 yards on 21 carries for three touchdowns. The Broncos run defense has been solid this season, but for a group who usually sees teams passing the ball, their ranking of 26th in fantasy
[points allowed to running backs isn’t great. Denis Johnson will get the start in this one with Ben Tate and Arian Foster done for the season and should see enough work to be of value.

Last week Todman ran for 109 yards and caught four passes for 44 against the Buffalo Bills. Maurice Jones-Drew’s status for this week’s game is looking tenuous at best and Todman should get the start again. Last week Rashard Mendenhall and Andre Ellington had 140 rushing yards, 2 TDs and 5 catches for 96 yards against the Titans. The week before Knowshon Moreno and Montee Ball ran for 155 yards with a touchdown each. On the season they are giving up the second most fantasy points to running backs. Todman is a must start if he plays.

Over the last five games the Texans are allowing 119.2 rushing yards to running backs and seven total touchdowns. Ball continues to split carries with Knowshon Moreno almost equally and this game could get out of hand if Manning is on point. Ball has some good upside this week.

Crabtree faces an Atlanta team that gives up 184 yards per game to wide receivers and a total of 16 touchdowns, which ties them for 24th worst. He caught his first touchdown of the season last week and looks like he’s about back into game shape. He looks like he’s a must play this week.

Streator is averaging 8 targets, 5 catches and 84 yards per game with two touchdowns. Those numbers are all with new quarterback Matt McGloin. The Chargers have been better of late on defense, but they still aren’t good. On the season they are allowing 199.3 yards per game to wide receivers and the fourth most fantasy points.

Victor Cruz and possibly Jerrel Jernigan are out against the Lions who allow the fourth most points to wide receivers. It is difficult to trust Eli Manning for anything at this point I realize, but if it’s down to Hakeem Nicks and Randle, I’m taking Randle in a good matchup.

Walker has played well to the end this season with four touchdowns in his last six games and now gets the Jaguars who are ranked 30th in fantasy points allowed to tight ends.

Garrett Graham is “not looking good” to play according to Wade Phillips so Griffin should get the start again in a good matchup. He caught 6 passes against the Colts last week filling in for Graham and they also get Matt Schaub at quarterback who loves throwing to the tight end. I like him a lot in a game where the Texans should be playing from behind.