Week 12 of the NFL season is fast approaching and it’s time to take home some cash in the QB Throwdown, RB Rushing Roulette and WR Downfield Threat. Each EasyScore Pick’em game focuses on one position and gives you three tiers from each position to choose from. So in the end you’ll have three players on your team, either QBs, RBs, WRs, TEs or even Kickers!

Peyton Manning: Manning didn’t get knocked down once last week against Kansas City, so I think we’ll see a little healthier Manning in this primetime matchup. Tom Brady has his full arsenal back and should be able to score on the Broncos and that will keep Manning in attack mode all game.

Alex Smith: I’m not a big fan of any of these plays so I’m going with the guy facing the worst defense. San Diego allows 295 yards passing per game to opposing quarterbacks. Yes, Alex Smith isn’t going to blow anybody away with his arm, but we saw him throwing the ball more downfield against Denver last week and they know they’ll have to be able to score more for the next time they meet. I think they’ll work on their passing against the Chargers easy pass defense.

Tom Brady: The only other possibility in this one is Eli Manning, but it’s very hard to trust him so I’m going with Brady who know has his receivers back and will be in a shootout with Denver who are giving up 298 yards passing per game. 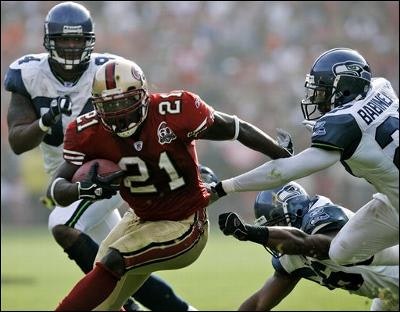 Frank Gore: There are a lot of good matchups here, but I’m going with Gore. I don’t see Washington putting up a bunch of points on the 49ers which will help keep Gore in the game. On the season Washington is giving up 94.5 rushing yards per game to opposing running backs on 4.2 yards per carry.

Zac Stacy: Since Week 4 the Bears have given up 139 yard rushing to opposing running backs per game.  The only team giving up more since then are the Falcons.  Stacy is the no doubt go to guy in St. Louis and will get a ton of opportunitirs/ 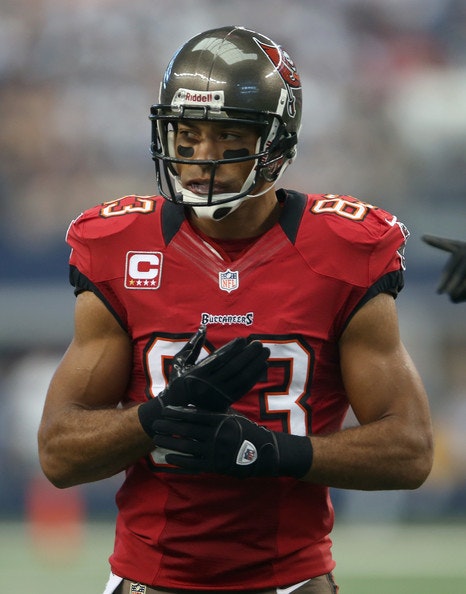 Vincent Jackson: There are plenty of great options here. Megatron of course is always poised to go off, even with Darrelle Revis covering him. Dez Bryant should be in a shootout out against the Giants and Demaryius Thomas will be prime timing it against Denver.  But the Lions have been playing against the pass and the way Mike Glennon targeted Jackson last week gives me high hopes.

Wes Welker: This one goes under the “revenge game against your old team” file. It looks like Welker will play after his head injury last week and he’ll be motivated against his old team who let him go.

Hakeem Nicks: This one goes under “the squeaky wheel get’s the grease” file. Nicks didn’t appear too happy last week with his involvement in the game and Eli Manning said a three touchdown game was coming his way soon.  That could easily be this week against Dallas who is giving up the fourth most receiving yards to wide receivers with 191.7. The last time these two met Nicks finished with 114 yards.