Week 14 of the NFL season is fast approaching and it’s time to take home some cash in the QB Throwdown, RB Rushing Roulette and WR Downfield Threat. Each EasyScore Pick’em game focuses on one position and gives you three tiers from each position to choose from. So in the end you’ll have three players on your team, either QBs, RBs, WRs, TEs or even Kickers!

Drew Brees: I’m going with the dome here for safety. Brees has a tough matchup, but always excels at home. The Panthers front line is what kills opposing offenses and I thing the Saints can hold them off long enough for Brees to do his magic. The east coast is supposed to get ice and ran and freezing temps while Denver is going to be frigidly cold. I also like Cam Newton as well, but think Brees bounces back after the trouncing in Seattle.

Tier 2: Philip Rivers: This is another warm weather game that I like compared to the nastier weathered ones. Rivers should be able to move the ball on the Giants. Their rush defense is better than their pass and I think the addition of Ladarius Green will also get them throwing a bit more.

Tier 3: Joe Flacco: The weather is going to be tough in this one, but the Vikings pass defense is the worst in the league and Flacco plays much better that home than on the road. As long as there aren’t strong winds I feel good about him. 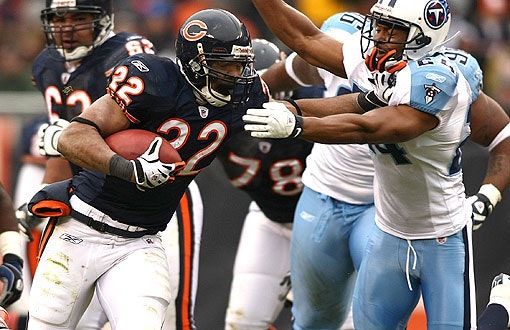 Matt Forte: The Cowboys are giving up 110 yards rushing per game and the most fantasy points in the league to running backs. Forte shouldn’t have any trouble putting up a big game in this one, especially if the weather becomes a factor and they have to lean on the run.

Tier 2: Eddie Lacy: The Falcons will try to make stopping Eddie Lacy a priority, but they don’t really have the man power to do so down in and down out. They are giving up 125 yards rushing per game at a league worst 4.9 yards per carry.

Tier 3: Chris Ivory: In this format I like Ivory because he should see plenty of rushing attempts in bad weather and on a team with no quarterback. Oakland has been decent in rush defense, but they still give up 92 rushing yards per game.

Calvin Johnson: This is a no brainer. Johnson is the best receiver in the league with one of the better quarterbacks on a team that likes to throw the ball against a team that gives up the most receiving yards to wide receivers per game.

Tier 2: Wes Welker: Peyton Manning just gave Eric Decker a huge game after he had been down over the last few weeks. I think this week is Welker’s turn. This will be a frigid game and Manning may not be able to throw the deep ball as well as he did last week. He most likely will get Welker plenty of opportunities in this one.

Tier 3: DeSean Jackson: Jackson is set up for a good game in this one. The Lions play the run extremely well, but are getting beat in the passing game, giving up 188 yards per game to wide receivers. The Lions will move the ball on the Eagles who also have a pitiful pass defense, which should keep the Eagles in pass mode to keep up.