Opinion - The Raiders Might Not Be Stupid After All

An editorial from an Oakland Raiders fan...

On the Morning of March 10th, after months of my vintage Raiders gear living in an old cardboard box, I was able to put on my favorite sweatshirt without the fear of pitiful looks from passersby. It wasn’t pride that I was feeling, but the right dose of dignity that allowed me straighten my shoulders while wearing a Raiders logo. 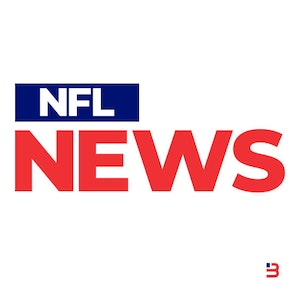 It’s no hot-take that just because Gruden brought in Antonio Brown, the Raiders are fixed. We’re still a dysfunctional mess with an owner whose haircut can go by the same description. We’re still in a city that doesn’t want us, disliked by a whole state that doesn’t care for our antics, with a coach who cut beloved players like they were non-malignant tumors.

So, let’s break down what the Raiders are dealing with: The guy deserves money, that is not in question. By Brown’s 3rd year with the Steelers he averaged 120 catches, 1578 yards and, 11 touchdowns per season and made 28.8M over 4 years. That’s a pedestrian salary for his calibre and actually paid him less than half of his actual market value. So, go on AB. GET YOURS!

However, Brown said, out loud, that he wanted enough money to retire which means he’s possibly just looking to do his work and cash out (side note: The NFL is a bad retirement plan if you ask me). Again, the Raiders are taking a big risk with Brown but if it pays off, we’re going to see the Raiders potentially rising from the ashes (emphasis on "potentially").

Gruden, for all his faults during the savage takeover of this team, is starting to show the fans what this slow-burn game plan is amounting to. New Raiders GM, Mike Mayock, resisted the rumor-bait that the Steelers wanted a 1st round pick in return for AB and offered them a deal that could amount to just that, without losing any of the Raider’s 3 first round picks (theoretically, Pittsburgh could trade up to the first round). It’s a sly move and shows the Raiders savvy execution of this trade.

Nothing should live in a vacuum, even if the Black Hole is at the epicenter of a big trade. Oakland has made a lot of moves, and this is what the three big trade deals they've made during the recent Gruden-era amount to:

That is actually not super dumb... IN THEORY. Here’s the thing: Amari Cooper is not as good as AB but the fact that Cooper left Oakland and immediately became a viable WR in Dallas speaks volumes about Derrick Carr. Cooper was supposed to go to Dallas to help evaluate Prescott who would be coming up for an extension but ended up leading the Cowboys on a 7-2 run.

Before Brown, the Raiders receiving corps looked dismal and with Jared Cook coming up on free-agency, they almost didn’t have one. Gruden is on a serious rebuild that at first blush looked like a like a pipe bomb going off in a mailbox but is slowly taking the shape of a controlled demolition.

What the Raiders have acquired is a star that fans will pay money to see (including me, the crusty fan that will throw a mean side-eye at any misstep by Gruden). At the very least, Antonio Brown sells tickets. But they also acquired an ego the size of Alameda County. Brown has a solid podium place as the NFL’s biggest diva and this actually makes sense for the Raiders. He’s effectively turned into a himself black sheep and there’s no blacker sheep than the Raiders.

However, we need wins, not drama and this could be inviting a lot of the latter. The potential for this to go sideways may be bigger than the Raiders potential of having a decent season. In Tampa, Gruden and Keyshawn Johnson’s relationship became so contentious Johnson was sent home for the last 7 games of the 2003 season. It’s not the same era and it’s not the same game so I won’t hinge my argument on that but it’s still a risk for a team that was staring up at rock bottom.

"There is a plan here and building a team around Antonio Brown is a start."

At the moment the Raiders are dominating the NFL news cycle for their pre-free agency power moves. It’s being reported that Oakland is signing OL Trent Brown for $66M with $36.75M guaranteed money, making Brown the highest paid offensive lineman in history. They are also expected to sign Rams free safety, Lamarcus Joyner to a 4-year contract on Wednesday.

There is a plan here and building a team around Antonio Brown is a start. The Raiders need menacing linebackers that will throw us back to the days of the Badass Era and free agency should give us an indication of what the defensive architecture will look like. I’m still so skeptical because I have been fooled before b this team and by Gruden. There are big things happening, but whether those big things will set the Raiders on the right path is anyone’s guess.

Oakland is that one friend you have who’s always halfway in a dumpster fire and never quite put-together, which is why I love them. They’re messy and dramatic but they always muscle through with as much fan fair as possible (ok, so the Oakland Raiders are me, let’s move on). No one should sleep on the Raiders no matter how far into the dumpster fire they are because they always come back better and stronger than before. I, for one, will never sleep on my beloved dumpster phoenixes because they will rise from the stinking ashes of Alameda Stadium, ready to reborn in Las Vegas as the Raiders find their return to excellence.

Lindsay Van Gyn has a masters degree in sports communications focusing on the NFL. She is a passionate writer who focuses on the cultural intersection of sports, statistics and fans.