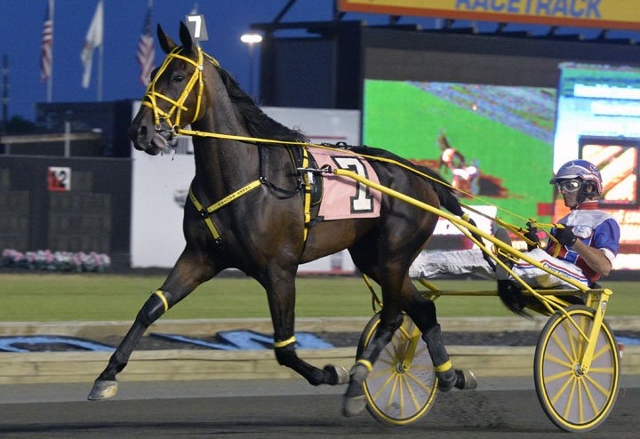 
Mistery Woman, Frau Blucher and Classic Martine are three well-known names in the 6th race at The Meadows on Friday, September 13th, in the PA Sire Stakes Championship Final for 3 year old fillies. They'll be trotting for a purse of $260,000. Classic Martine, in the 4 post, gets the nod for the favorite at 5/2 in the Morning Line with Tim Tetrick handling the lines for Chris Oakes. The daughter of Classic Photo-Andover Hall has 3 wins out of 7 races at The Meadows and has lifetime earnings of almost $400,000. She's earned over $300,000 this year alone. Quick to leave and very determined, she won her last sire stakes race at The Meadows in 1:53.2.

Second favorite in the Morning Line is Mistery Woman in the 2 post at 7/2. David Miller drives the Donato Hanover-Pine Chip filly for Jonas CZernyson. She has 1 win out of 2 races at The Meadows and won The Zweig at Vernon back in August with a blistering 1:52.1. She is also the only horse that met this race's par in her last race. The driver trainer combo is hitting wins at 31% and have earned over $241,000 this year, and $over $329,000 lifetime. I think she has a good chance of winning this one.

Ron Pierce will have to hustle Frau Blucher out of the 8 post in timely fashion if he wants to take the lead, which is this filly's usual technique. He drives for Chris Oakes. The Broadway Hall-Muscles Yankee filly has earned over $600,000 in her career and over $240,000 this year. She's had 5 races at The Meadows and has won 4 and placed in 1, so she's definitely at home here. 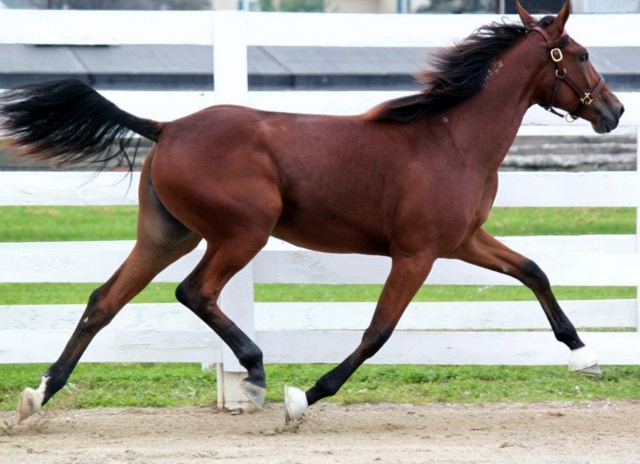 Coffeecake Hanover in the 3 post has Yannick Gingras driving for Ron Burke and has won 3 out of 9 with 3 places and 1 show at The Meadows. She's out of Cantab Hall-SJ's Photo and has earnings of over $129,000 for the year and more than $294,000 lifetime. She beat Royal Assets and the AE:Thistle Dhu in her last. She's at 6/1 in the Morning Line.

Royal Assets starts from the 1 post with Andy Miller driving for Ray Schnittker. The Donato Hanover-Muscles Yankee filly has 1 win and 4 places out of 6 races at The Meadows, something to remember for exotics. She was second to Classic Martine in the sire stakes at Pocono and third to Lady Broadway at Yonkers in the Hudson Eliminations. She's earned over $125,000 this year and has lifetime earnings of over $433,000. She's at 8/1 in the Morning Line.

Also at 8/1 in the Morning Line is Fashion Athena a Broadway Hall-Tagliabue filly with John Campbell drivign for Jim Campbell. She has 2 wins out of 5 races and 1 show at The Meadows. This year, so far, she's earned over $63,000 and has lifetime earnings of $277,000. She's coming off a layoff and Campbell has 15% for wins with layoffs. Her speed figures aren't up to the top ones in this race, but she has raced with Bee A Magician, Classic Martine and Frau Blucher.

Drink The Wine with Brett Miller driving for Nifty Norman is at 10/1 in the Morning Line and has had 1 win out of 3 races at The Meadows. Out of Andover Hall-Yankee Glide, the filly has earned over $50,000 this year and more than $138,000 lifetime. She's moving up in class and would have to exceed her best to score here. She's in post 5.

Lady Broadway is in post 6 and is also at 10/1 in the Morning Line. Matt Kakaley drives for Chris Oakes and they have a 35% win rate together. The Broadway Hall-SJ's Photo filly has earned $134,000 this year and has career earnings of almost $175,000. She has had a problem with breaking stride and will have to stay flat to make her mark here. Her speed is good though and she can close into the money, if she's close enough to the leaders near the start and in the stretch.

As always, safe trips and good racing luck to all the drivers and horses on today's card. Remember to watch and wager on BetAmerica where bonus tracks pay rewards.