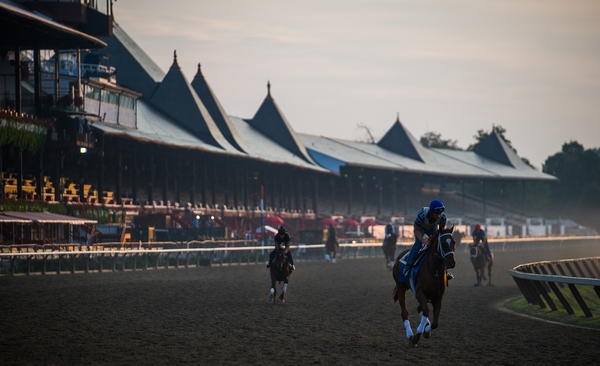 Saratoga had one of its best meets ever. The meet ended with the second highest handle in track history. Horseplayers were treated to some great performances. Here's a look back at one of the best Saratoga Meets of all time!

He won the Travers by a commanding 13 1/2 lengths. He ran 6 furlongs in 1:10.4. He ran the 1 1/4 miles in 1:59.1. There's no telling how good Arrogate is. A lot of doubters feel that they need to see him do it again. I don't. To me, this was one of the best performances by a racehorse that I've ever seen. He got the final 1/16 of a mile in around 12 seconds after running wickedly fast fractions early. I'm all over him to win the Breeders Cup Classic at 7/2 or higher.

It looked like Frosted was going to run right by the leaders in the Grade 1 Woodward. But, Shaman Ghost got his nose down on the wire first while Mubtaahij finished second and Frosted finished third. It was a huge upset since Frosted has been lights out so far in 2016. What I noticed about this race is how jockey Javier Castellano took Shaman Ghost between Mubtaahij and Bradester in the stretch so as to not slow down his momentum. Could Shaman Ghost use the win to become a force in the handicap division?  Possibly.

A lot of horseplayers no doubt are going to say that Flintshire was the most impressive horse during the Saratoga Meet. I understand why. Flintshire looked fantastic in his 2 wins. But from my perspective, Songbird showed her class and awesomeness more than any other horse in the race. She simply dominated her competition at the Graveyard of Favorites while having the biggest target on her back. Her Alabama win was a Grade 1 at 1 1/4 miles, proving that she has no distance limitations.

The Better Remember Me Award:  Suffused

The Juddmonte Farm owned, Bill Mott trained daughter of Champs Elysees, has 2 wins and a second out of her last 3 races. Granted, the best race she's won has been the Grade 3 Glens Falls in her last. Although the field wasn't that great, Suffused's performance was. She tracked a :50.01 half and a 1:15.21 6 furlong pace. Suffused managed to win while tracking the slow pace. If she improves, which is highly likely considering who she's trained by, Suffused could pose a threat in the Filly and Mare Turf. 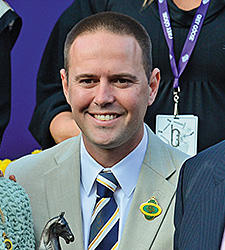 Brown won a record 40 races during the 2016 Saratoga Meet. He also took home his first ever Grade 1 win at Saratoga over dirt with a male when he won the Hopeful Stakes with Practical Joker. The most important aspect of Brown's 2016 Saratoga Meet is that he ended his string of second place finishes to Todd Pletcher. Brown had finished second to Pletcher in the Saratoga trainer standings for 5 years in a row. 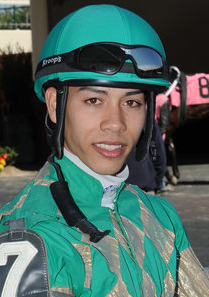 Jose Ortiz beat out brother Irad Ortiz for number of wins during the Saratoga Meet. Jose rode 64 winners, many of them for Chad Brown, while Irad Ortiz rode 58 winners. I have to note that Irad beat out his brother when it comes to earnings. Irad's mounts earned over $5.2 million. Jose's earned over $4.6 million.