The 2018 Kentucky Derby is only a few days away. If future book betting is any indication, most believe the Derby winner will be either Mendelssohn or Justify. Audible is the third choice in the futures.

I could wait until the post-position draw on Tuesday. But, why? My mind won't change no matter what happens in the post-position draw. The reason is because there's a full quarter-mile from when the gates open to the first turn. That should give the horses I like plenty of time to get into position for a competitive Derby run.

Check out my 2018 Kentucky Derby Picks!

The reason I've added Mendelssohn's impressive BC Juvenile Turf win is because of what he did in the stretch. If you notice, jockey Ryan Moore pulled him out and then burst him through.  That's the type of move that Aidan O'Brien horses often show on the turf. Mendelssohn could provide the same move on 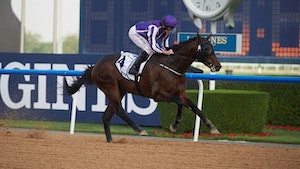 Saturday in the Kentucky Derby.

I envision a scenario where Mendelssohn is a length off. Moore will have him tucked somewhere close to the rail. Once Moore sees an opening in the stretch, he'll pull Mendelssohn out and then burst him through for the win.

If Moore feels the pace is too slow, he can take the lead, and that's what makes Mendelssohn so difficult for me to look past. He's a versatile runner that excels on both dirt and turf. I think he's the best bred, fastest, and most accomplished horse in the 2018 Kentucky Derby. He's the winner.

Right after the Santa Anita Derby, my brother told me that some will say Bolt d'Oro would have caught Justify if Justify hadn't gotten such an easy lead. I didn't believe it then. I don't believe it now.

What I do believe, though, is that Justify beat Bolt d'Oro in the Santa Anita Derby 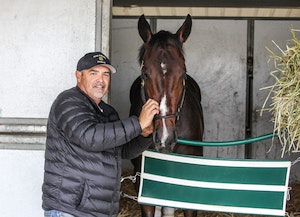 mainly because he got an easy lead going 1 1/8 miles. Neither one of those things will happen on Saturday. Not only must Justify deal with other frontrunner/presser types like Mendelssohn and Magnum Moon, he must also deal with the extra distance.

Bolt d'Oro should have no problem navigating the extra distance while Justify could struggle home in the final quarter-mile just because he must deal with both Mendelssohn and Magnum Moon. To me, that makes Bolt d'Oro the more logical place horse.

That doesn't mean Justify doesn't finish in the Top 3. It's not that I don't like Justify.

I feel that Mendelssohn and Bolt d'Oro have the seasoning to negotiate the classic distance. Even if Justify ran as a 2-year-old, I'm not sure I'd back him to win the Kentucky Derby in only his fourth lifetime start.

I've published plenty of blogs about how Audible's tractability makes him a contender to win the Kentucky Derby on May 5. That's not the only reason I believe he's destined for a Top 4 finish. The other reason I like Audible is because he's one of the few horses on this list that's improved in every race.

He could improve while some horses, including Mendelssohn and Justify, could regress on May 5. That makes Audible a must use in all my exotic wagers. I think he's the Pletcher horse to watch out for on the First Saturday in May.

No matter who ends up as your Derby horse, good luck!