Day number two is in the books, well the driving part. Four hundred thirty-four miles from Portland, Oregon to Redding, California I covered this morning and did it pretty quick, about seven and a half hours. It was super foggy through most of Oregon this morning. It was the first time I'd driven through Roseburg, Oregon since that terrible shooting at Umpqua Community College a few months back. Scary to think of the violence that community went through. Such a quiet and beautiful town too. After Roseburg the sun started poking out as I hit Grants Pass. Grants Pass is home of Grants Pass Downs where I once announced a race. It was about 90 degrees outside and about 120 degrees up in the "press box" which had the TV crew, the announcer, and the stewards all essentially in one room. I'll never forget someone saying to me afterward "they brought in the big city race caller for the day huh?" Yeah, me, from Portland Meadows, the Big City caller.

One interesting place right before Grants Pass is Jumpoff Joe Creek. I always assumed some guy named Joe leapt to his death by jumping off the bridge after a bad show bet or something. But turns out, Joe didn't really jump, and he didn't die. He was part of a fur trapper group and one night he accidentally fell from the top of the ridge and into the creek. He sustained injuries but went on with the journey. Apparently the creek was originally called "The Jumpoff Where Joe Fell" but was shortened to Jumpoff Joe Creek. 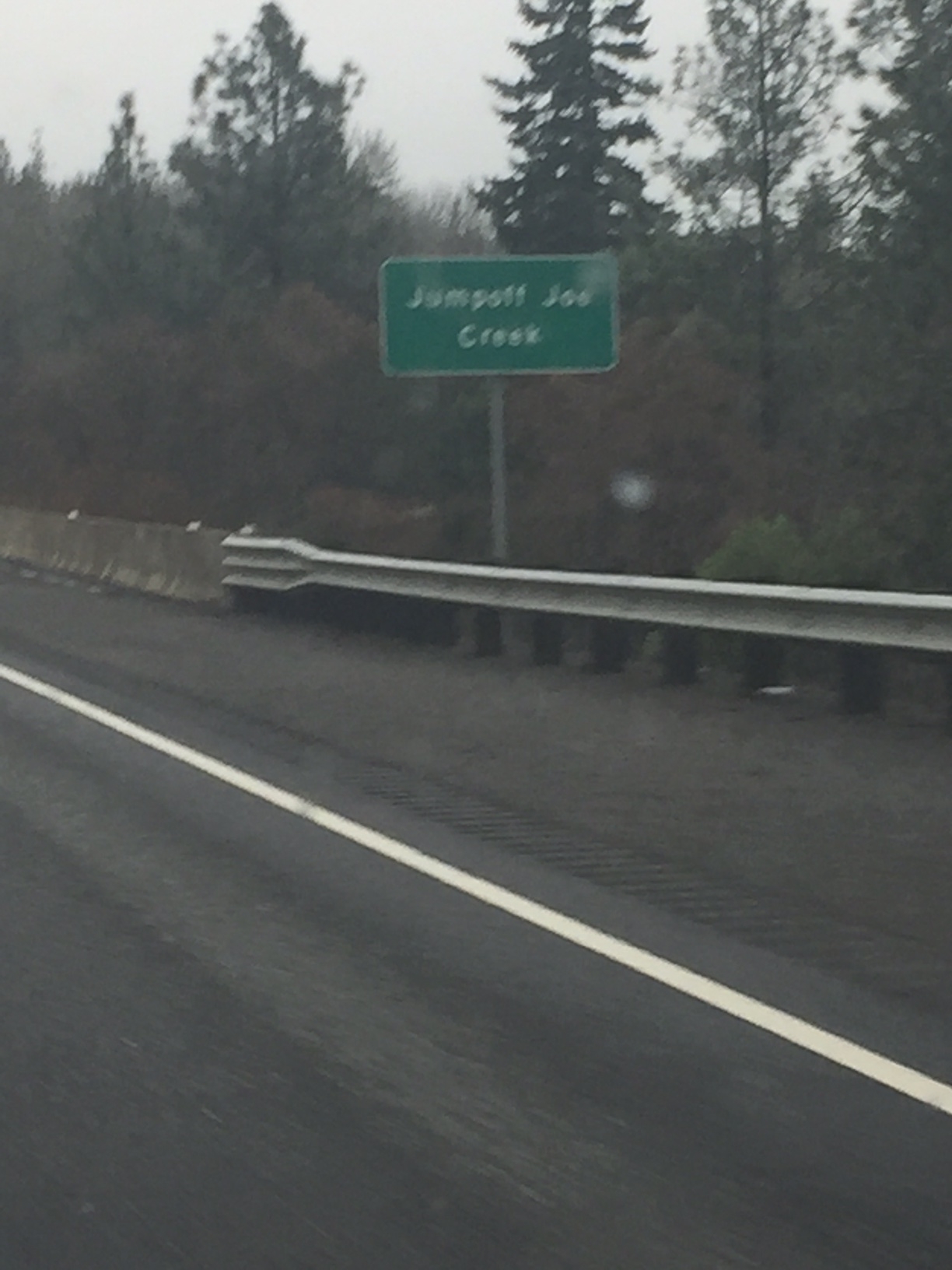 I still think Joe was a disgruntled show bettor!

After grabbing lunch and some snacks in Medford from the great Harry and David's Country Store (Moose Munch anyone?) I made the big climb up the mountains to the California border. Just before the border is the highest elevation on I-5, Siskiyou Summit at 4,310 feet. There was snow everywhere, except the roads which were clear as can be. After the descent and into California I came to the Produce Inspection place. I was honest and told the lady I had a couple fine Washington purchased Oranges to which she proceeded to look at for 3 seconds and then let me go by. The drive from the California border to Redding is my favorite part of I-5. The rolling hills around Yreka, the valley before you climb up to Weed, and Mt. Shasta are all just gorgeous. The mountain was covered with some fog but Little Shastina was in full view. But my favorite part is Lake Shasta. It's truly gorgeous. I absolutely love driving by it and someday want to vacation there. But into Redding and it was a beautiful afternoon in the low 60's. 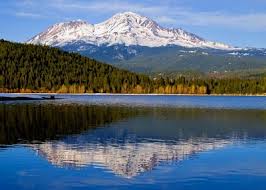 Lake Shasta with Mt. Shasta in the back drop. Simply stunning

Tomorrow it's on to Bakersfield! Known as the home of Buck Owens and Korn and burial location of the great Adorable Adrian Adonis.
RacingBARN
Loading...