So the BARN is on the road. Heading down to Las Vegas for the National Handicapping Championship where someone is gonna take $800,000 to win the tourney. I left my home in Renton, Washington this morning at 7:30 and headed for Portland, a short three hour drive or so. But on the trip I passed probably the two most important tracks to me. First up Emerald Downs in Auburn where I spent so many of my teen and early twenty years. I've been fortunate enough to call races at Emerald a few times and it really was a dream come true. 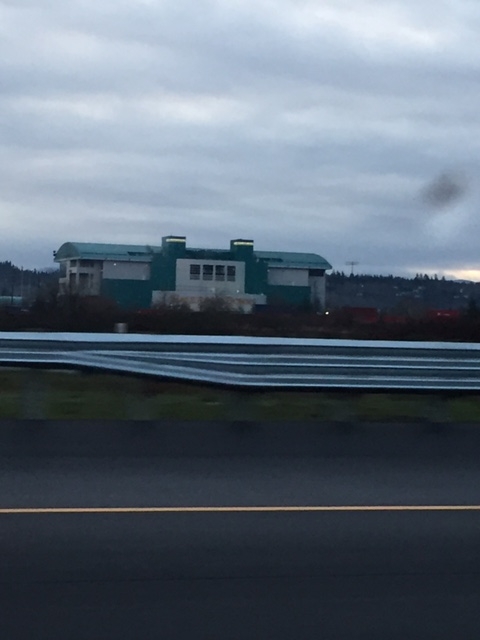 Emerald Downs and the big green roof from across the street.

So I've made the Seattle to Portland drive probably three or four hundred times in my life. Maybe more. So I can tell you every mile post and every spot where your cell phone will always lose reception (Mile Post 54). One of the highlights is the famous Hamilton Corner by Mile Post 72. It's kind of the halfway marker between Seattle and Tacoma and was started by a guy named Alfred Hamilton back in the early 1970's. He put up this big sign on his property next to the freeway and posts his conservative political and social thoughts. It always makes me laugh cause Washington and Oregon are both very conservative in their rural parts, but the two big cities are super liberal. And a huge chunk of the people driving that stretch are going between those two cities. So the Hamilton Corner is just essentially trolling most of the passers by. 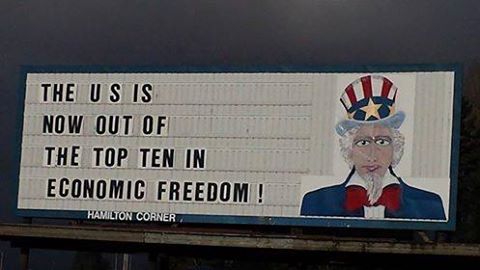 Once I got to Portland I did two things that are a must. First, getting gas, cause they pump it for you and I love it. You just sit there, give them your card and then relax while they gas you up. It's awesome. Then I visited my beloved Portland Meadows. I worked there from 2006 to 2015 and will always love the place. Tuesday is the big race of the season, the $25,000 Portland Mile and hopefully everyone gets a chance to watch it. 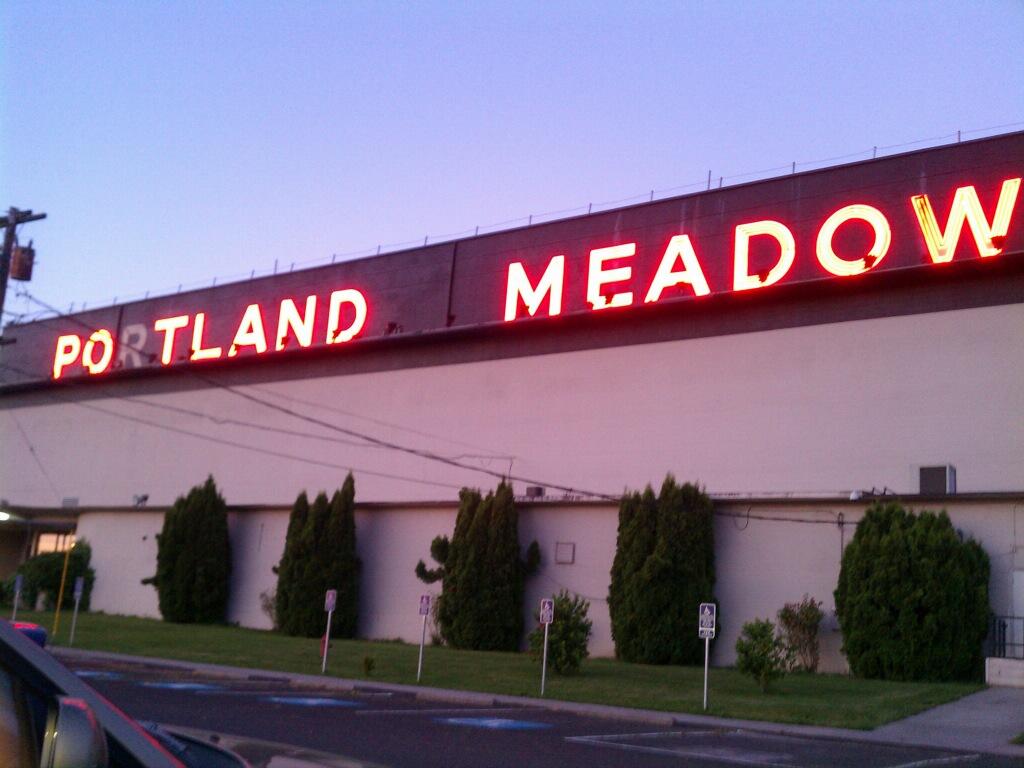 My beloved Portland Meadows. I told them to fix the neon on the R

Well i'm off to bed, tomorrow I'm gonna drive through Oregon and into California.