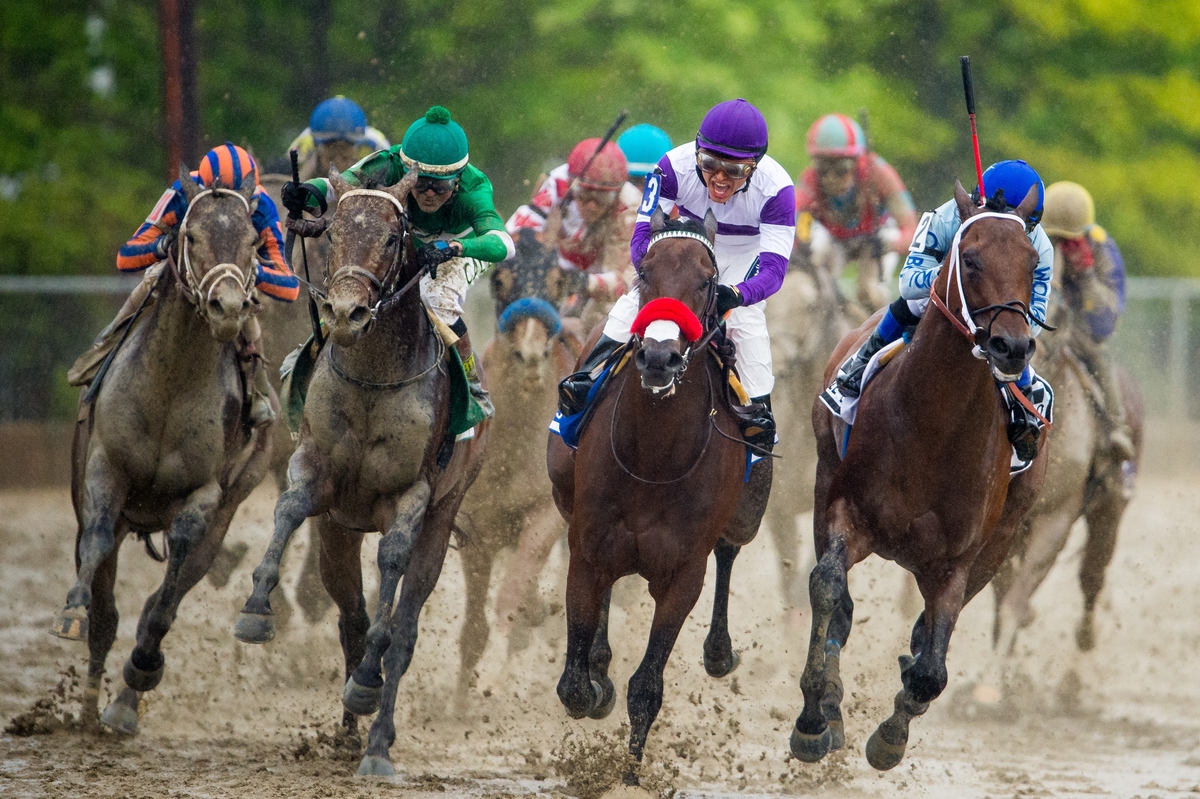 A very entertaining edition of the Preakness Stakes killed a shot at the Triple Crown but succeeded in possibly creating a real rivalry between Exaggerator and Nyquist. It hadn’t really been a rivalry before since Exaggerator hadn’t beaten Nyquist in four previous starts. It took a record opening quarter of 22 and 1, pace pressure throughout and a wide journey to finally do Nyquist in after eight straight wins to start his career. Exaggerator got a heady ride from Kent Desormeaux and went by Nyquist down the stretch with relative ease to score a classic win for Kent and his brother Keith. Two brothers teaming up to win a race like the Preakness is pretty cool. I’ve become a Keith Desormeaux fan throughout this last year or so. I love that he closes his barn on Sundays and gives his employees a day off in a sport that rarely affords workers that luxury on the backstretch. Usually when the Preakness is won by someone other than the Derby winner it’s a bit of a letdown, but I found this race to be rather satisfying as a racing fan.

I’ve said before there’s no cooler horse than Ben’s Cat. And he proved it again this weekend as he won the Jim McKay Turf Sprint for the FIFTH time in his career. He rallied from off the pace to catch a loose on the lead favorite. Split horses late and won in dramatic fashion. He’s ten year’s old and still winning $100,000 races. Which is frankly, insane. He doesn’t look like he’s going anywhere soon and somewhere that has to be a sports book in Vegas that is offering odds on him winning the Jim McKay Turf Sprint next year too, and those odds probably aren’t very high.

Go Maggie Go ended up being my top pick in the Kentucky Oaks as I was hoping for a price. She ran a credible 4th behind some very good horses but on Friday she got her big win as she took home the top honors in the Black-Eyed Susan Stakes. She’s lightly raced and looks like a potential star for the Dale Romans’ barn, who also saddled up the runner up in the Black-Eyed Susan. Romans also sent out Cherry Wine in the Preakness who finished up in second, a nostril ahead of Derby winner Nyquist. It’s been an interesting year for Romans who said at one point he was tired of the shenanigans of some of his fellow trainers here in the States and he’d like to go to Hong Kong. Hopefully he stays Stateside as he always sends out good horses, but if he still wants to go overseas his resume is getting stronger each week it seems.
RacingBARN
Loading...