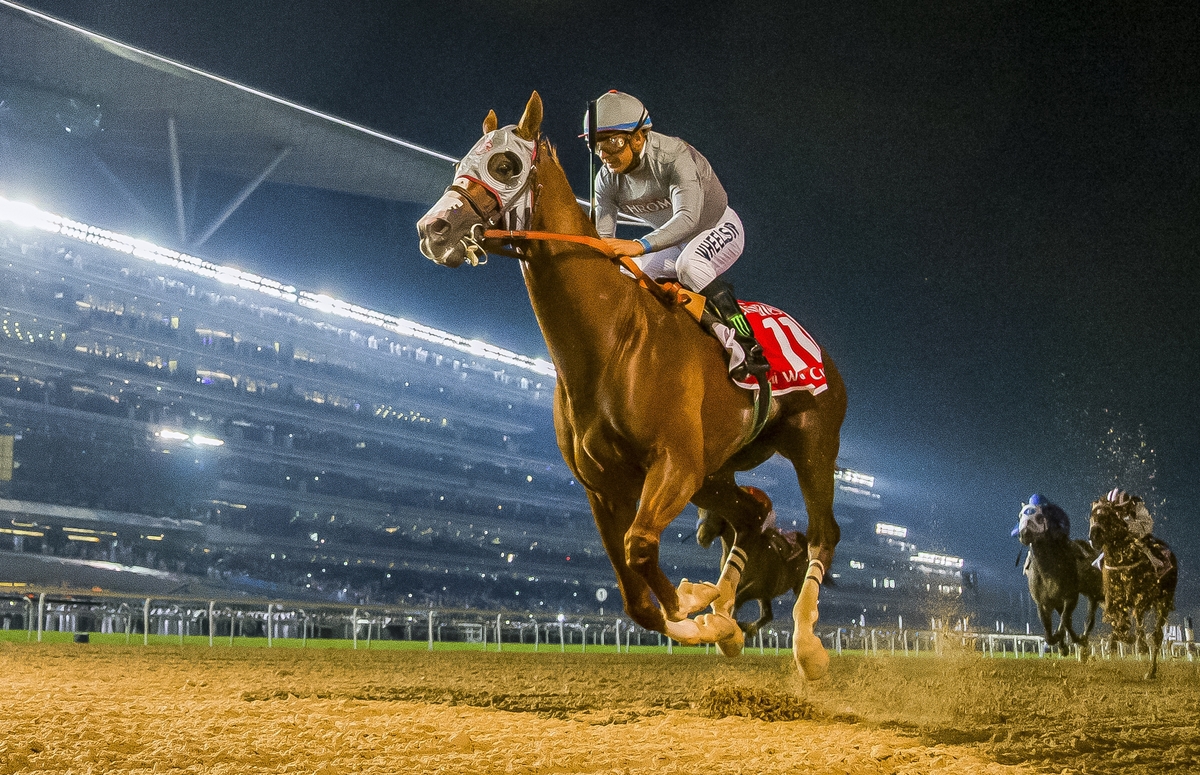 What a day Saturday was. Honestly after California Chrome’s huge win in the Dubai World Cup I was on cloud nine all day. I still shake my head that in this day and age we’re getting to see a Kentucky Derby winner not only run at age 5, but run exceedingly well. The fact that Art Sherman trains the now richest North American Thoroughbred is beyond awesome. He got the horse of a lifetime and has mapped out a brilliant path, keeping him racing at a top level for years now. It’s a mighty accomplishment. I sat watching the race from the Racebook at the South Point Casino in Las Vegas and actually was tearing up as California Chrome galloped out. I’ve always been touched much more by Chrome than I ever was by American Pharoah. No doubt Pharoah was great and his run was magnificent, but there are just some horses that connect with you more than others. Chrome has always been one of those. It really was a joyous day and even his owner’s “comments” after the race weren’t enough to damper what was really such a great morning of racing. By the time the race went off at 10:30 I was already exhausted, and the racing action had only just begun here in the States.

Gun Runner backed up his win in the Risen Star Stakes with a very strong four and a half length score in the Louisiana Derby on Saturday. The Fair Grounds card got a little less attention nationally than it might normally have with the huge Rainbow 6 payout that day but it was still a fun day of racing. The big story after the race was Mo Tom who just as he did in the Risen Star, had a disastrous stretch run marred by getting stopped down on the rail. Trainer Tom Amoss apparently was none too happy and went on a tirade at jockey Corey Lanerie after the race, something he apologized about afterwards. Wish someone had their phone taping that exchange! I have to think no matter what happens with Mo Tom if he goes in the Kentucky Derby as far as riders, they will take him 9 or 10 wide if they have to. A concern of mine is if he keeps finding trouble in 9 or 10 horse fields, what’s gonna happen in a field of 20 runners? The other cool story from Louisiana Derby Day was Land Over Sea finally getting out of the shadow of Songbird and scoring a nice win in the Fair Grounds Oaks. I keep saying that SOMEONE will push Songbird and she won’t win the Kentucky Oaks, and a horse like Land Over Sea might be who benefits from that. We shall see in a few weeks.

The mandatory payout Rainbow 6 made for an exciting afternoon at Gulfstream Park. Everyone I know had a ticket for the Rainbow 6 and none of them hit it. The winning combination went on to pay over $89,000 bucks to whoever did hit it, certainly a massive score as there were a couple of decent prices. Just goes to show you when gamblers have good value opportunities they will show up and bet with both fists. Funny how that works huh?
RacingBARN
Loading...