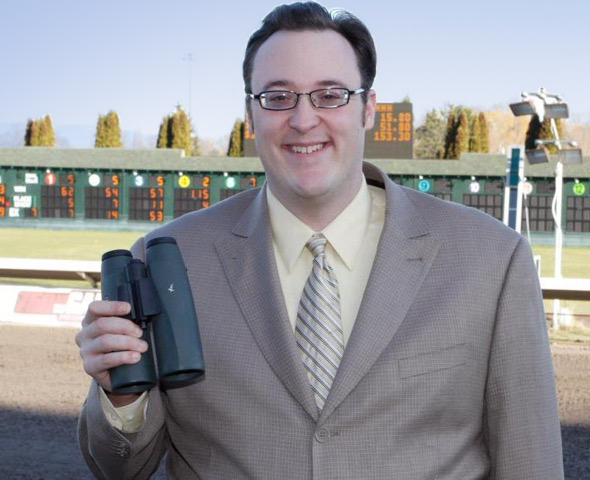 Jason Beem becomes the host of the BetAmerica.com after nearly a decade of announcing horse races across the country.  Beem has announced races at Portland Meadows, River Downs and Louisiana Downs as well as guest announcing spots at Hastings, Emerald Downs, and even Tucson Greyhound.  He grew up attending the races at Longacres,WA, with his dad and became a fanatic of racing by following his favorite horse, the big grey Captain Condo.

In 2014 Jason had his debut novel Southbound published.

Jason also hosts the Beemie Awards each December, a night to celebrate all that is good and bad in horse racing.
You can find him on twitter @BeemieAwards or email him at barn@betamerica.com