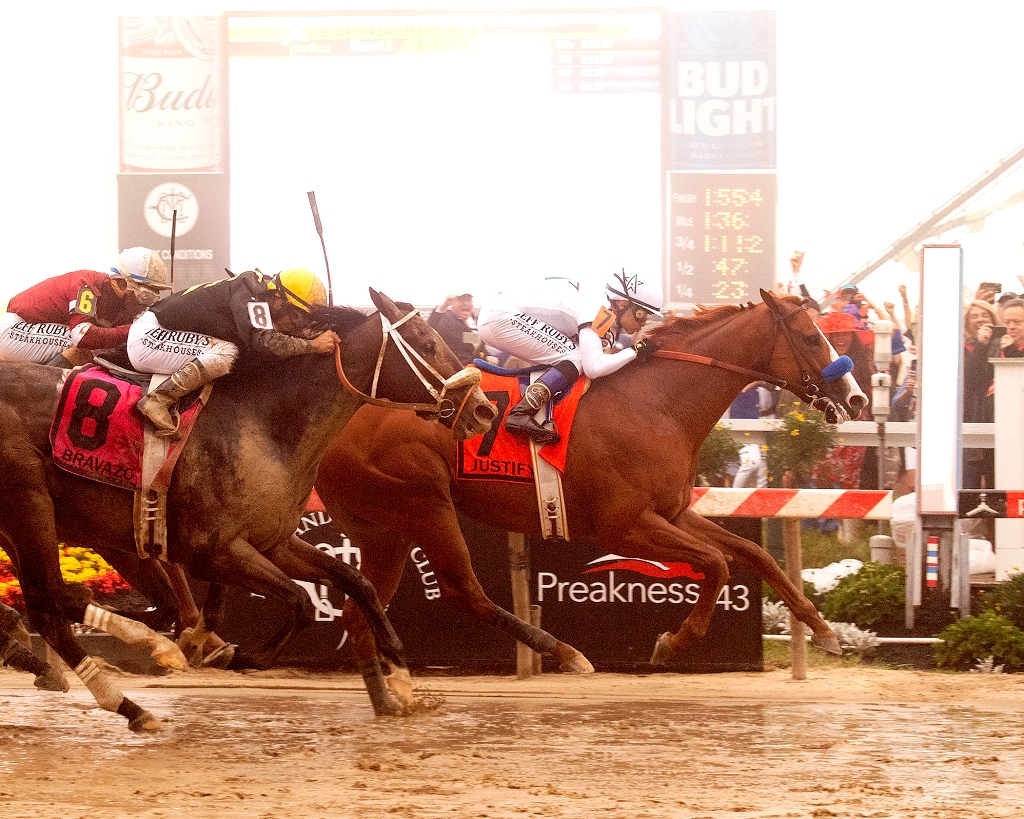 Before Justify successfully claimed horse racing's biggest prize at Belmont on June 9th, 2018, interest was already high in predicting the odds of the latest Triple Crown contender making history. 23 horses have completed the first two legs of the Triple Crown in the last 100 years but then failed to win the Belmont Stakes.

American Pharoah's historic win in 2015 broke a 37-year drought without a Triple Crown winner in horse racing, and revitalized interest in the sport. Sporting "super-agent" Leigh Steinberg first wrote about the subsequent American Pharoah Effect on horse racing in September of that year. Making the 2015 race even more significant was the long run of odds-defying failures by Triple Crown favorites in the race for the prior 3+ decades.

12 horses tried and failed between Affirmed's win in 1978 and American Pharoah's triumph in 2015. Those that ran in the Belmont Stakes (I’ll Have Another was scratched prior to the race), all went off as the odds-on favorite.

The average odds of the 12 beaten Belmont favorites from 1978 to 2014 was 0.83/1 (let’s say 4/5 for ease).  The odds of betting 12 consecutive 4/5 losers was thus around 16,834/1. To put that in perspective, successfully predicting that many Belmont Stakes upsets has roughly same odds as trying to correctly predict 15 consecutive NFL games against the spread!