Betting Advice to Make You Money 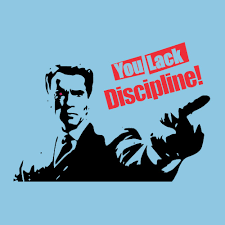 In many ways, I’m a stereotype of my German ancestry when it comes to wagering — I need structure, consistency and discipline to succeed. When any of those three elements is missing, I struggle and can, seemingly without effort (another talent), turn a good handicapping effort into a financial disaster.
So, before you attack the windows today (preferably, not literally), ask yourself: What is it that I’m good at? What is it that I’m poor at? And, most importantly, what is/are the trigger(s) that lead to poor money management when I’m betting on the races?

Answer those questions and you might just make some money — or at least not lose as much.

The Perfect Negative Show Pool Bet
I’ve often opined that the best bet in racing is a show bet on a horse other than the favorite in races featuring a negative show pool — particularly at tracks that use net pool pricing.
Now, I like these bets in almost all instances; however, the very best betting situations occur when the race favorite is weak or vulnerable. And, generally speaking, the most vulnerable favorites are confirmed frontrunners… like the one that I spotted on Nov. 26:
That day, in the fifth race at Parx Racing, D’Tiger controlled $22,543 of the $26,523 (85 percent) bet to show. Yet the New York import had a fatal weakness: not only had he not won from off the pace, but he had also been recording some pretty mediocre early speed rations (my own measurement of early energy disbursement).
Given the presence of Notre Grande in the field, I thought there was a pretty good chance that D’Tiger would have to rally from off the pace or, at the very least, go a lot faster early — and I sure as heck didn’t think he was 2/5 (his post-time odds) to do that successfully.
Moreover, I felt that if Norte Grande produced an ESR of -10 or less ("brisk" to "demanding" on my scale) — something he had done in three of his eight prior races — D’Tiger might lose heart altogether and finish out of the money.
As  it turned out, I was right and lucky. Norte Grande did, in fact, post a sub-minus-10 ESR and D’Tiger made his plight worse by stumbling at the start.
I collected $20.20 to show on Norte Grande and another $9.20 to show on Grande Prelude, who I thought was a safe show bet whether D’Tiger ran his race or not.
These situations occur a lot more often than one might think, so it pays to keep one’s eyes peeled. Again, I think it is the best bet in racing. One can still cash in instances where the big favorite finishes in the money, and when the big favorite runs up the track… well, you get show payoffs like the ones above.