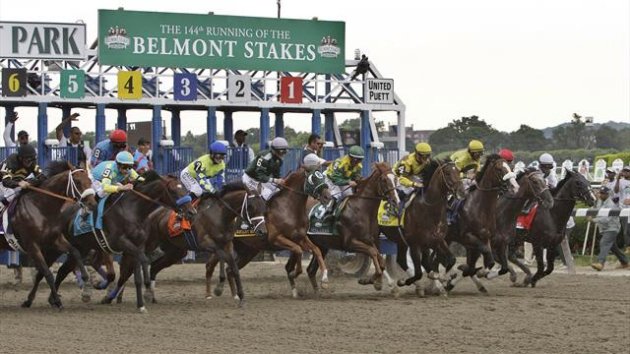 With the Grand Slam wager you don't have to pick four winners to win, your first three selections need only finish in the first three, but the final one must win!  It could be named after the four Grand Slam Tennis events, or maybe Golf?

What is a Grand Slam wager in horse racing?

Offered on NYRA race tracks only the Grand Slam requires you to pick a horse to finish in the first three in three consecutive races, and then select the winner of the fourth race in the sequence.

What is the minimum stake on a Grand Slam bet?

The minimum stake is  $1 for a Grand Slam bet.

How much can I win on a Grand Slam bet?

Winnings on Grand Slam bets are unlimited and are determined by the pari-mutuel system where the winning tickets share the total pool, minus a deduction the track makes from the pool.

Can I select more than one horse in each leg of a Grand Slam?

Absolutely. You can select several horses in each race. Just be careful to watch the cost of your ticket as it will multiply by the number of selections you make in each leg.

Learn more with our other betting resources below: