Big Closing Weekend at The Downs at Albuquerque 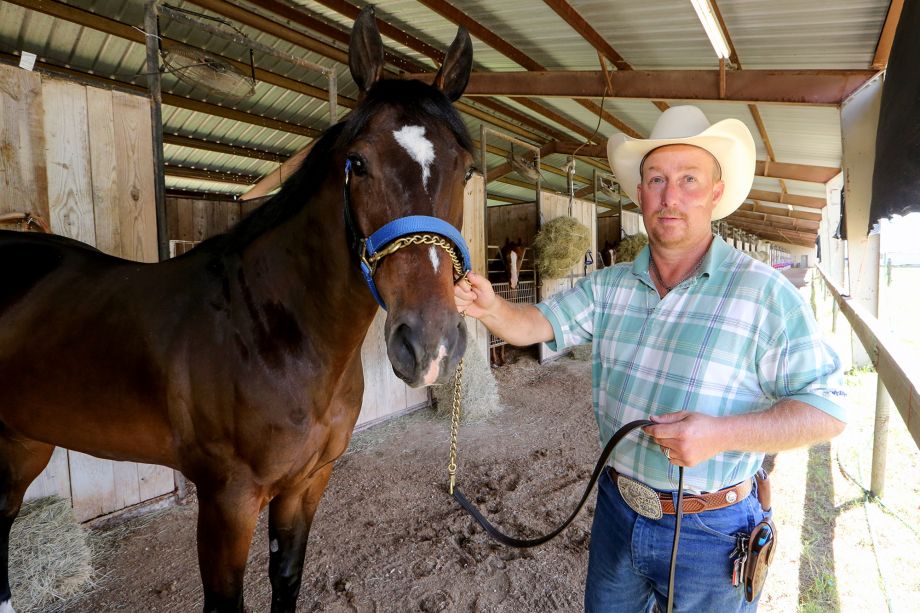 Ten of the top older horses in the country will compete with the winner earning a nice check as well as a berth to the $350,000 Championship at Sunland Park (G1) on December 27.

Jrc Callas First, the reigning AQHA world champion, will make his debut at the Downs, with regular rider Damian Martinez aboard. Trainer Brian Stroud was going to follow the same game plan as last year for world champion Jrc Callas First. The Texas-bred son of Winners Award, co-owned by Stroud and his wife, Dana, won the Refrigerator Handicap and B. F. Phillips at Lone Star Park before heading west, where he won the 2014 Zia Park Championship (G1).

Instead of defending his title in the Refrigerator, Stroud opted to send the 5-year-old to New Mexico.

"We decided to take a different path this year," said Stroud. "Both the purse and the opportunity to get some national attention for the horse figured in the decision."

Handsome Jack Flash, winner of the 2013 All American Futurity (G1) at Ruidoso Downs, will break from the far outside post under rider Ricky Ramirez. Graded stakes winners RCJ Major Storm, Too Flash For You, Jesscuzican and Jess Featureme Quick also figure in the outcome of the 440-yard stakes.

The Downs at Albuquerque will present 20 races worth a track-record $1,031,231 in purses throughout the weekend of September 26-27.