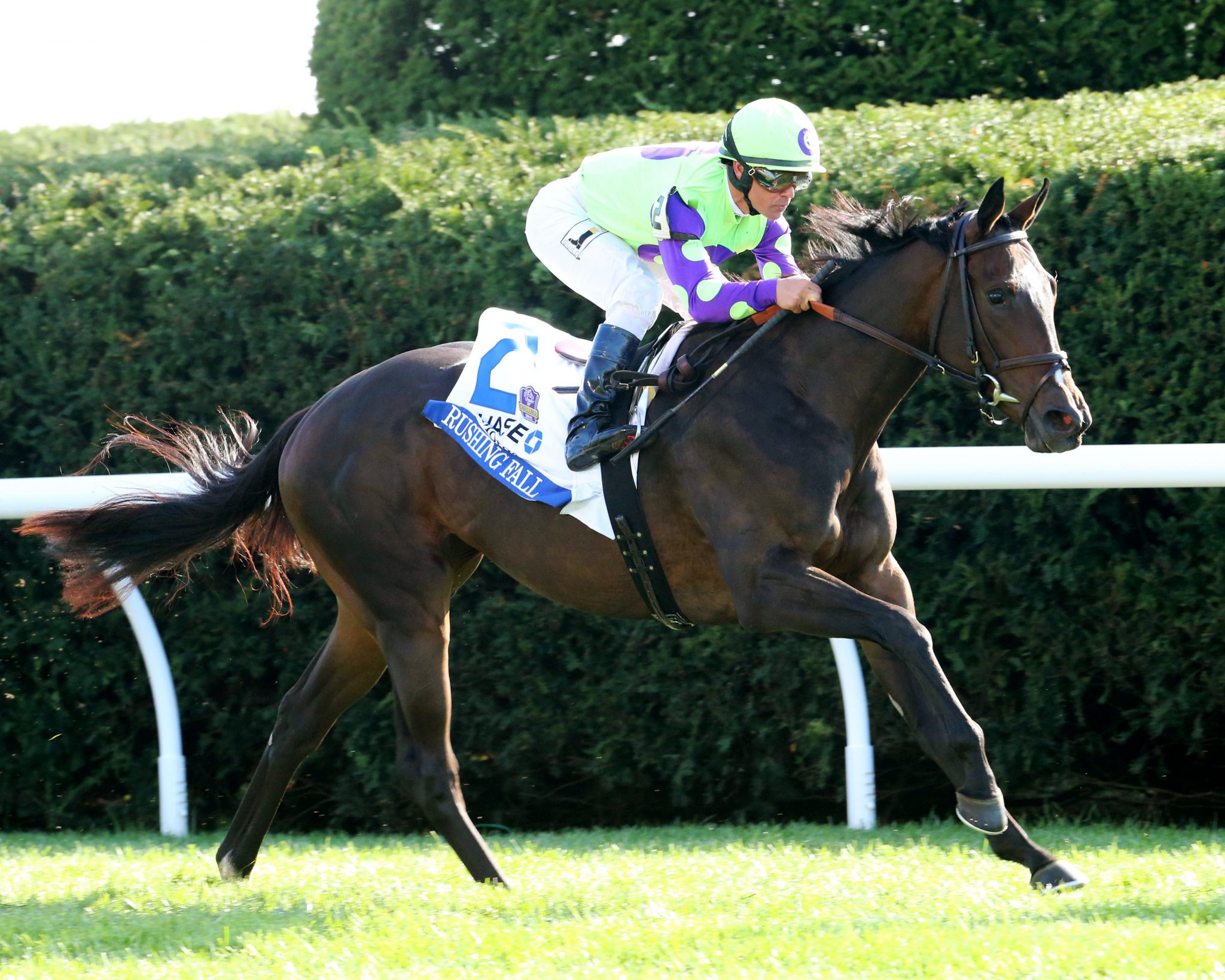 The American Pharoah Stakes reflects the name sake of 21st century Triple Crown hero American Pharoah. Formerly named the FrontRunner Stakes and Norfolk Stakes until bestowing the drought quenching effort of American Pharoah. The race is both a member of the Breeders' Cup prep-race series and Road to the Kentucky Derby points series.

The History of the American Pharoah Stakes

The American Pharoah Stakes is a Grade I race run each year at the Santa Anita Park.

Originally staged by the Oak Tree Racing Association and first known as the Norfolk Stakes, the race was later renamed the FrontRunner Stakes – after a popular area at Santa Anita racecourse – when Oak Tree lost the lease to race at Santa Anita. The race is now named for Triple Crown winner American Pharaoh and is a part of the Breeders' Cup Challenge Series, allowing the winner to race in the Breeders' Cup Juvenile.

The race has been a part of the Road to the Kentucky Derby series since the series was formed. Points on the table are awarded to the first four runners on a 10-4-2-1 basis. Triple Crown winner American Pharoah won the race in 2014, while others to win Classics the following year include Snow Chief, Lookin At Lucky, and Nyquist.

It’s also a Breeders’ Cup Challenge race, providing automatic entry for the winner to the Breeders’ Cup Juvenile. Two of the first three BC Juvenile winners – Chief’s Crown (1984) and Capote (1986) won this race, but only Nyquist (2015) has completed the double since.

Trainer Bob Baffert has won the race seven of the past 21 years, while Alex Solis was aboard the winner seven times – none of them on Baffert runners.