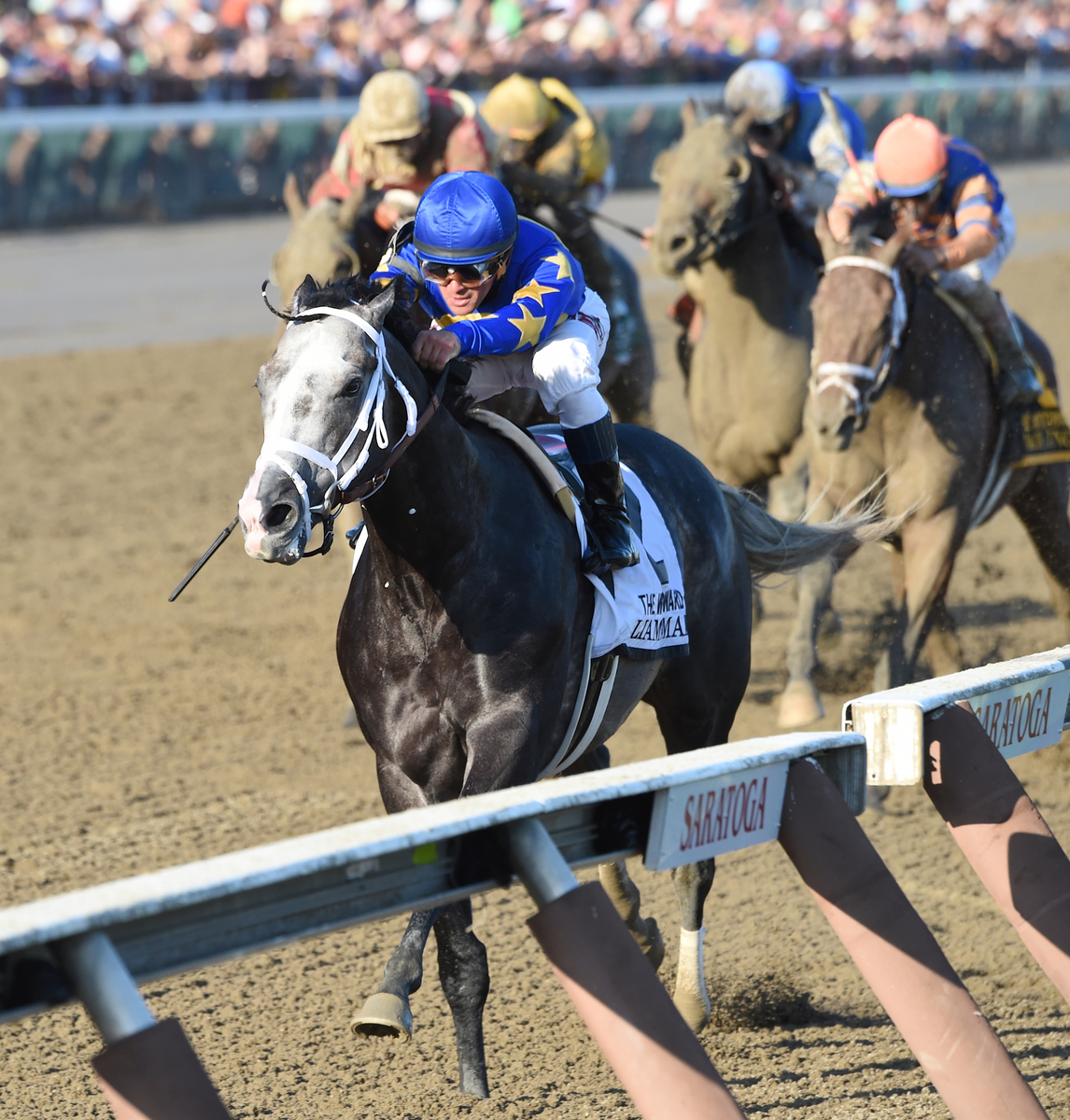 One week after harness racing fans were able to witness all 12 Breeders Crown finals on one stellar card at Woodbine Racetrack in Canada, thoroughbred racing fans will get their fill of 13 Breeders' Cup Championship races spread out over two days at Keeneland beginning on Friday.

In fact, Friday's four Breeders' Cup events will serve as an appealing appetizer for the big Saturday program that follows and ends, ostensibly, with the $5 million Classic and the final start for Triple Crown hero American Pharoah. Friday's quartet of Breeders' Cup races may lack the same impact, but they will help racing fans prepare for the dramatics to follow the next day.

Friday's sixth race is the Grade I, $1 million Breeders' Cup Juvenile Turf for two-year-olds seeking to hone their skills on the grass. In years past the European invaders have done well in this event and they will likely have the top two choices here, but they are certainly no standouts after the post position draw was announced.

Cymric, the beaten favorite in the Grade I Jean Luc Legardere at Longchamps on the undercard of the prestigious Arc de Triomphe, looms as the tepid favorite here for trainer John Gosden, coincidentally the conditioner of Arc hero Golden Horn. But Cymric could be hampered by post 13 here and will need all of jockey William Buick's guidance to prevail in this event.

Just to his outside is another European invader, Hit It A Bomb, who hails from the powerful Aidan O'Brien barn and arrives with two modest wins from as many starts. A son of War Front out of a Sadler's Wells mare, Hit It A Bomb prevailed as the 2-1 favorite in a field of 22 at first asking and then thumped a compact field to capture a stakes race last out. He will try two turns for the first time here, but does get Lasix.

Another Euro that bears watching is Birchwood, who was third in the Group I Vincent O'Brien at the Curragh, Ireland,  in his last outing in September. The Dark Angel colt has been well-backed in his six starts across the pond and owns a Group II win.

The top United States hopeful is Airoforce, who has won both of his starts for trainer Mark Casse, including the Grade III Bourbon over the course. Camelot Kitten, who rallied to finish second in the Bourbon, certainly merits respect despite drawing post 12 and Conquest Daddyo, another Casse entrant, looms an upset chance after taking the Grade II Summer Stakes at Woodbine.

One race later the scene will shift back to the main track for the Grade I, $1 million Breeders' Cup Dirt Mile and this event features a standout on paper.

Liam's Map, an impressive winner of the Grade I Woodward Handicap at Saratoga should rule as the solid 4-5 favorite in this affair. The four-year-old Unbridled's Song colt trained by Todd Pletcher was narrowly defeated by Honor Code one start earlier after opening the campaign with a handy allowance score at this distance.

But Breeders' Cup weekend is about finding value and looking for upsets, so bettors could use three horses for that purpose - Lea, Wicked Strong and Tapiture.

Lea has already finished second in three Grade I races this year for trainer Bill Mott and he was actually favored in all three of those events. He will likely be 5-1 or higher in this spot. Wicked Strong exits three straight Grade I races and should like the turn back in distance, while Tapiture won at this distance at Churchill Downs in his most recent outing and should be 10-1 or higher here.

Then one race later the scene will shift back to the grass as a full field of freshmen fillies goes postward in the Grade I, $1 million Breeders' Cup Juvenile Fillies Turf. Once again, the race should have a strong European influence.

In fact, Illuminate (Frankie Dettori) looks like the play although the Zoffany filly will travel two turns and beyond six furlongs for the first time in her career. She was second in a Group I event at Newmarket last out and should be closing well here. 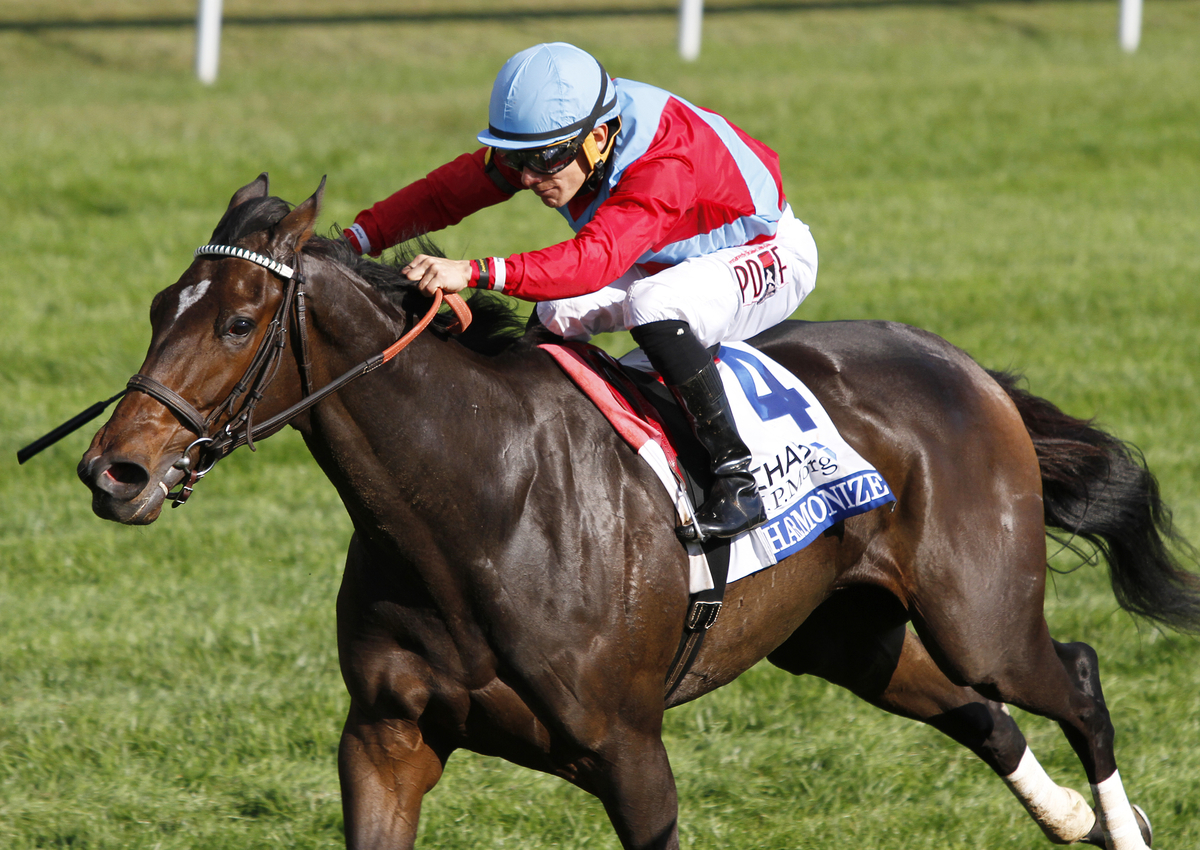 The top U.S. hopeful here is Harmonize, who rallied from far back to win the Grade III Jessamine over the course for Mott as the solid even-money choice. Tin Type Gal and Thrilled, who were one-two in the Grade III Miss Grillo at Belmont Park last out, merit respect here while breaking from posts one and two, respectively.

Then one race later the scene shifts back to the main track again as a full field of 14 fillies and mares will go postward in the Grade I, $2 million Breeders' Cup Distaff at nine furlongs. The winner will take home more than $1 million and bragging rights as the top older mare in the country for a day since Beholder will once again tackle the boys on Saturday in the Breeders Cup Classic.

In fact, without the presence of Beholder the Distaff has become one of the most wide open events of the weekend.

Handicappers can certainly make a case for Wedding Toast, Stopchargingmaria, Untapable, Got Lucky, Sheer Drama and I'm a Chatterbox, as well as Curalina and Stellar Wind. There are 182 potential exacta combinations and nearly 2,200 possible triple combinations and bettors will be rewarded if they can solve either of those in this affair.
Racing
Loading...