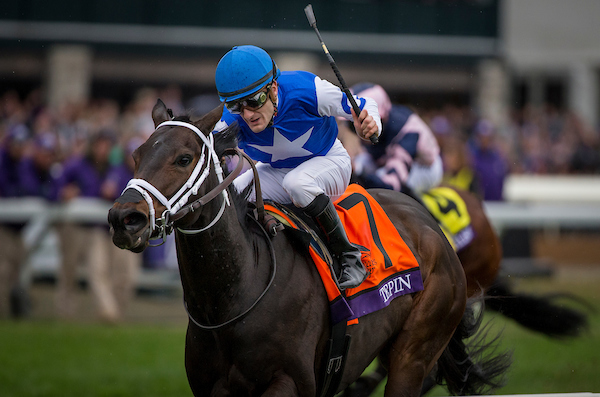 1st Choice: #2 ALICE SPRINGS (4/1) – This 3 year old has won three of her last four versus older mares.  She will now have to battle males as well but is not lacking for talent.  We saw her nearly score in the Juvenile Fillies Turf in 2015 and her connections are seeking revenge on Team Casse.  One thing she needs is a clean trip.  She is not versatile enough to make it work when she is hampered or hindered.

2nd Choice: # 8 TEPIN (3/1)- It takes more than one loss for me to jump off her bandwagon.  That being said, she has had two international trip this year and I think she looks a little lighter than she was at this point in 2015.  Win lose or draw she deserves a nice rest after this effort.  I will be cheering for her as they turn for home and I hope she is in perfect stalking position because this caliber field isn’t going to be coming back to her.

3rd Choice: #5 TOURIST (15-1).  I could put a few horses in this spot. Midnight Storm, Ironicus.  They are all hard knockers that burn money because you keep thinking, “next time”.  I like that Tourist has come out here before and run well and from a physical standpoint, he has been nothing less than stellar in the mornings.  He is actually a pretty versatile runner if used properly this could be his day.

“LONGSHOT”: #4 MISS TEMPLE CITY (12/1) - This filly has made a name for herself by dodging Tepin.  This could be her chance to outshine the reigning turf champ.  She has shown that she brings her ‘A’ game at the mile and she has bested males on multiple occasions.  My biggest drawback is that she never wins 2 in a row .

Tepin, a 4-year-old filly, defeated the boys by over 2 lengths in the 2015 Breeders’ Cup Mile.

What is the record number of times the same horse has won the Breeders’ Cup Mile?

How many horses have won the Breeders’ Cup Mile more than once?

Who has won the BC mile both as a trainer and as a jockey?

Freddy Head won as a jockey twice and holds the record for most wins by a trainer after winning in 2008, 2009 and 2010 with Goldikova.