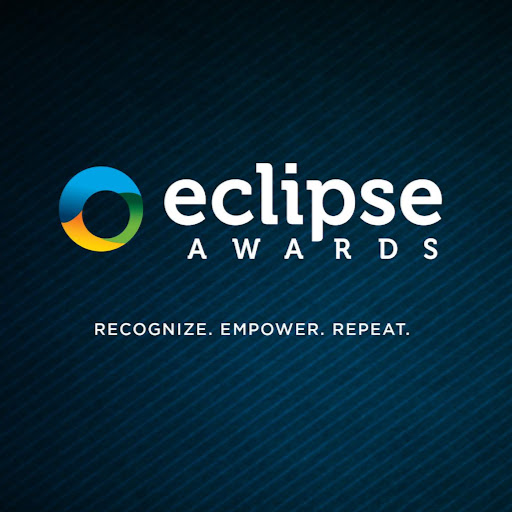 Here are my selections for each Eclipse Award category. I have limited discussion to just my first-place votes because those are the only ones that count toward the actual award (2nd- and 3rd-place votes only help determine finalists).

I am going in order of the ballot, which eliminates most drama because I think there are four tight categories, and two of them are among the juveniles, which leads things off.

Horse races are decided by noses every day. Even with that slimmest of margins, though, many horseplayers know who won without aid of the photo finish camera, but this isn’t one of those races. I used every bit of my resources to finally land on Breeders’ Cup Juvenile winner New Year’s Day for the top prize but can’t begrudge anyone who chose Hollywood Futurity winner Shared Belief.

One element I try to bring to my voting is consistency, and I’ve long supported that not all Grade 1 races are created equal with the idea that the original Breeders’ Cup races are among those better than the rest.

I also try not to let post-race hype in terms of a horse’s connections or ratings get in the way, either. The goal in top-level racing is to win Grade 1 races and win money, and the Breeders’ Cup accomplishes both of those. However, there was such a disparity between the talent level of Shared Belief and New Year’s Day based on figures that I felt the former deserved careful consideration.

In the end, I did end up on New Year’s Day not only because he won the Breeders’ Cup but also because that race included the horses you’d expect in a championship setting, including two Grade 1 winners from New York racing as well as top stakes winners from the Midwest.

For me, the Eclipse Awards reward accomplishment more than talent, and while Shared Belief likely has more of the latter, New Year’s Day won the better race and gets my vote.

I expect to be in a bigger minority here than in the male category, and that’s fine. Anyone who votes for Ria Antonia or She’s a Tiger certainly has plenty of license to do so, but Chriselliam backing up her Shadwell Fillies Mile win with a second Grade 1 in the Breeders’ Cup Juvenile Fillies Turf over what I thought was a good field that included My Conquestadory.

No denying this one the top spot after a second half of the year that included wins in the Clark Handicap, Travers Stakes, and Pennsylvania Derby and runner-up finishes in the Breeders’ Cup Classic and Jim Dandy. 5-3-2-0 was a nice way to go out after ending the first half of the year with dreadful runs in each of the Triple Crown races (spare me the “he’d have won the Derby” talk. He was eighth by 12 lengths and was nowhere in either of the next two races).

Still, he’s the clear choice here as one of four three-year-old males with two Grade 1 wins with his win over Game On Dude in the Clark finally tipping a scale that was fairly balanced after his nose defeat to Mucho Macho Man in the Classic.

This is one of those nose decisions where you don’t need the camera. Both Beholder and Princess of Sylmar had phenomenal years with four Grade 1 wins apiece, including two against older.

In the end, I sided with Beholder because of the Breeders’ Cup.

There are very little official guidelines when it comes to who to vote for, but each voter is certainly free to establish his or her own principles with applying them consistently the key to an informed ballot.

For me, one of those principles is that this category is largely a main track award. I.e., turf horses have their own category, and for that reason Wise Dan isn’t even a consideration for me here.

An absolutely awful collection of older distaffers, which should improve next year with Beholder, Close Hatches, Emollient, and Princess of Sylmar all advancing, but the drubbing Royal Delta took at the hooves of the top three-year-olds after she decimated her peers in the Delaware and Personal Ensign Handicaps tells me all I need to know about this group.

Still, Royal Delta did beat her peers handily, but it wouldn’t hurt my feelings if this category was cancelled and the three-year-old fillies got two awards.

The only two-time Grade 1 winner in the Group, Points Offthebench, didn’t get a chance to lock up this category in the Breeders’ Cup Sprint, but his victories over eventual Breeders’ Cup Dirt Mile winner Goldencents are enough for him to earn my vote over Sahara Sky and Secret Circle.

What appeared to be a wide open category going into the Breeders’ Cup Filly & Mare Sprint wasn’t 81 seconds later after Groupie Doll defended her crown over a who’s who of the division.

Four Grade 1 wins in a division where only three others had two make Wise Dan the clear choice here.

Another no brainer, as Dank won both the Beverly D. and Breeders’ Cup Filly & Mare Turf with that latter race including the absolute best of the division. A true “to the victor go the spoils” Breeders’ Cup race.

I didn’t watch a single steeplechase race this year, and I don’t believe in voting for awards off a list of past performances.

Grade 1 wins are the most important things to me when it comes to the Eclipse Awards, but they’re not the only thing. Which doesn’t necessarily matter in this case because the Ramseys have plenty of Grade 1 wins, too, but another thing I like to consider for these awards is who won the races people most want to win (e.g. Kentucky Derby > Belmont even both are Grade 1 classic races). In the case of owner, the Ramseys setting records at Keeneland and Saratoga qualifies.

What the Ramseys have done building up not only their racing program but also their breeding program around Kitten’s Joy lands this award for 2013.

I struggled with this one. A not-so-short list would include Javier Castellano, Joel Rosario, Mike Smith, Gary Stevens, and John Velazquez. I try not to get too lost in raw statistics because Castellano certainly benefited from injuries to Ramon Dominguez, Rosario, and Velazquez, and the East Coast riders in general had more opportunity than both Smith and Stevens who accept fewer mounts.

Velazquez is the regular rider for my Horse of the Year while Stevens had my champions Beholder and Mucho Macho Man and Smith was aboard my picks of Royal Delta and Points Offthebench.

Rosario won the Derby, Stevens won the Preakness, and Smith won the Belmont.

I think the human awards allow for some intangibles away from the racetrack, and with so many factors balancing this quintet, I let that be my guide and put Gary Stevens in the top spot.

There’s been talk about eliminating this category, and I would certainly welcome that development.

It didn’t seem like a banner year for the Todd squad, but his stable earned more money in 2013 than since 2006 or 2007 when he truly was dominant. No trainer had that kind of domination this year, but his stable won the most money along with training titles at elite meetings and that’s good enough for this year.

Horse of the Year: Wise Dan

I didn’t vote for him last year, but he’s impossible for me to deny this year as one of just three horses with four Grade 1 wins. The other two are Beholder and Princess of Sylmar and none of their wins came against males.

Game On Dude would have gotten this vote with a Breeders’ Cup win, which was the case in 2012 as well and both years yielded similarly dull results for him.

The biggest criticism of Wise Dan this year centers around his supposed weak campaign, but five Grade 1 races and a pair of Grade 2 events (seven races) in four different states/provinces over a seven-month period seems like a good season to me.

Andy Beyer argues for Mucho Macho Man, who began his season pulling up in a restricted stakes before failing to win a listed event. Mucho Macho Man also scratched out of a wet Woodward while Wise Dan still ran in the off-the-turf Shadwell Turf Mile going 1 1/16 miles on Polytrack.

Will Take Charge has also gotten some buzz, but how to justify valuing his two Grade 1 wins as being worth more than Mucho Macho Man’s when the latter defeated the former heads up in our nation’s richest race?

The good news is they’re all coming back next year, but if Beholder adds a Grade 1 win against males to her repertoire (Met Mile?) she could be poised for the gold statue.

And finally, for those who just can't stand not knowing who I filled in for the second and third spots in each category, is my completed ballot: