Father's Day and the Races

BARN host Jason Beem looks back on what Father's Day meant to him.  You can listen to Jason on the BetAmerica Radio Network five days a week on BetAmerica Extra or on iTunes.

Father’s Day is often a great day at many racetracks across the country. Kids take Dad out to the races and they enjoy the early summer sun and hopefully pick some winners. I usually go to the track on Father’s Day as well, but not with my dad. Like so many racing fans, I was introduced to the sport by my father. We would go to Longacres usually on a Thursday or Friday night for the last couple races and then again on Sunday for the whole card. My memory bank is flooded with images from old Longacres, which if you never got the chance to go, was spectacular. 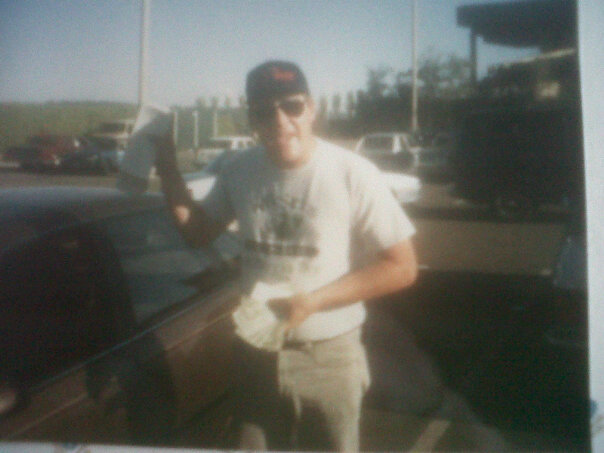 I wanted to be a jockey when I was a kid. My dad was 6’1” and my mom was also tall, so that dream died by about age 9. But after the races every Sunday I’d return home and ride my bike around our neighborhood, whipping it with a stick and rehashing the races I’d just seen and doing Gary Henson’s race calls while doing it.

I think back on trips to the track with my dad and of races from the great Captain Condo who was my favorite horse. I think of Sneakin Jake and his plaid silks. But most of the memories that still remain in my head are me walking behind my dad, trying to catch up with him while I whipped my leg with a program and pretended I was Captain Condo catching up to the pacesetter. I remember sitting on his shoulders as I petted the outrider’s pony. I remember celebrating with him when he hit a twin trifecta for ten thousand bucks only to have him say “Don’t tell your mom about this.” (I told her)

As I got into my teens and Longacres closed horse racing took a back seat. My dad would still go to the OTB but I was into baseball and my friends. But on Father’s Day we’d go out to Emerald Downs and watch the races. But that was usually my only venture to the track each year for a while. 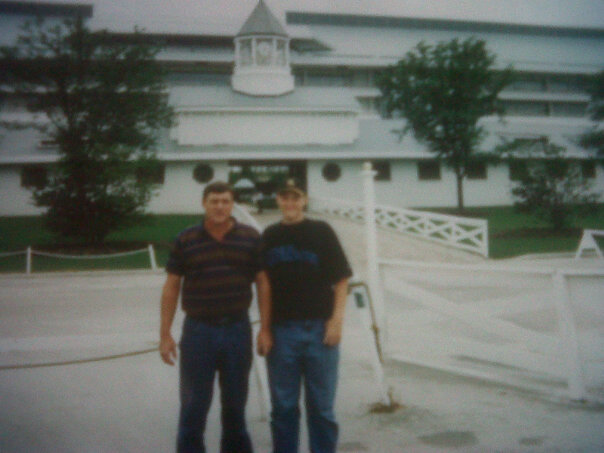 My dad got sick with skin cancer in 1999 and in 2001 it started becoming clear that the treatments weren’t working. He battled but the cancer kept coming back stronger. So I moved home for the summer and the only thing he wanted to do to get out of the house was go to Emerald Downs. I started going with him. Three, sometimes four times a week. As the season went by trips out there grew tougher. We’d walk into the bar right at the top of the entry steps and he’d have his oxygen mask on. Yet he’d keep firing away and even though he knew he didn’t have much time left, a win still got him excited and a loss still made him mad.

July 22, 2001 was the last day we went to the track together. My aunt came with us and I remember she kept winning and was getting so excited about it. She was screaming and cheering and my dad looked at me and under his breath said “dying has to be better than getting out-handicapped by her.” He kept his sense of humor til the end. He passed away quietly two days later.

That Friday was the funeral and after the funeral I went to the track. I think I was hoping he would be there. Or that somehow I’d feel again the pleasure of going to the races with my dad. I’ve chased that feeling now for 15 years. What I wouldn’t give to just once more hear him complain about a ride. Or about the stewards. Or about how he specifically is cursed with bad luck. I’ll go to the track on Father’s Day this weekend and I’ll think about my dad. I’ll think about how he played 6-1-4 and 5-1-8 trifectas for our birthdays. I’ll think about being on his shoulders. I’ll think about the oxygen tank. But mostly I’ll try and enjoy a day at a place that gave me so many memories with him. Here’s hoping you guys get to do the same. Happy Father’s Day everyone!
Racing
Loading...