Greyhound Handcapping - An Important Thing to Know About Form

We often hear about dogs being in form or out of form, but what does this really mean? A simple explanation for form is "running well" but there's more to it than that. I think most handicappers would agree that the definition of form has to include an element of time to mean anything. Dogs come into form and go out of form as they run and it's the smart bettor who takes this into account when handicapping.

How do we know that a dog is in form? Look at its recent races. If the dog is running up to its potential, consistently in the money in the grade it should be in, then it's in form. And how do you know which grade the dog should be in? Well, I look at an online database which has all the records on every dog running at tracks in the US. This tells me how the dog ran from its first M race to the most recent races it's run. 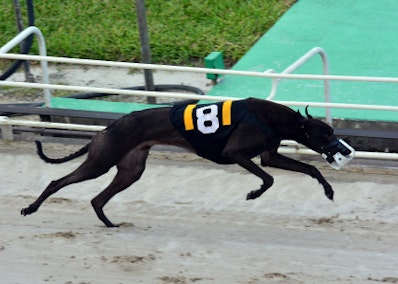 I know that dogs usually take a few races to get sorted out in M, although some of the better ones only take a race or two. Then they win; move up to J, D or C depending on the track, and keep moving up until they get to the highest grade that they can stay in. For some dogs, that's C. For others, it's the top grade at the track and the only reason they're not in a higher grade is because there isn't one.

Most dogs spend their careers somewhere in between those two extremes, moving up and down as they come into and go out of form. And when they do start to lose form, their owners and trainers know that it's time to give them a break, so they get a layoff.

Depending on the kennel, they either spend time at a farm or somewhere else away from the track, although I've known trainers and owners who take their favorite dogs into their own homes where they get to lie on the couch and get petted by the kids for two months. I even knew one guy who took his favorite dog with him in his truck when he went on donut runs and gave the dog her own donut to eat on the ride home. Talk about a happy dog!

But however they spend their time, greyhounds usually return from a layoff with a fresh attitude and a renewed desire for racing. It might take them a few races to get back to the pace, but when they do, they give it their best effort and begin to run true to their form for quite a while before they get stale again and need another layoff. (And maybe a donut or two.)

Form applies to handicappers too. Are you getting stale? Have you lost your energy and enthusiasm for handicapping? Is it getting to be more of a habit or something you have to do, rather than something you want to do? Well, maybe you're not in form anymore. Maybe you need a layoff, time doing something else, maybe another hobby or some fishing or just vegging out on the couch watching movies with the kids or your spouse.

Maybe you'd benefit from getting outside more, if the weather allows in your corner of the world. Take a walk. Go for a ride in the country. Have a sandwich - or a donut - and a cup of coffee down at the shore and watch the waves and the seabirds for a couple of hours. Do something, anything, which is completely different from what you usually do.

Then, when you're refreshed and interested in handicapping again, come back from your layoff and play some races on paper before you get back into the pace of real handicapping. Before too long, you'll be back at the old stand, marking your program, arguing with your friends about whether the 4 dog is a phony and really enjoying the races because you're back in mid-season form.