Don't Bet This Winner Unless You Want to Lose

Everyone loves a winner, especially when they have $2 on it to win. When we look back on our handicapping career, it's more likely that we'll remember the dogs that we picked that came in, rather than the ones that disappointed us. So what does this have to do with losing dogs? Plenty.

When I go over a program and see a dog that's just had a big win, I pay special attention to it. I know that dogs tend to come right back from big wins to do it again, even if they're moving up in grade. It's the same for humans. There's just something about beating the pack by a good margin that creates a winning frame of mind the next time out. It's that little extra burst of energy that a runner needs to outdo the rest of the runners. 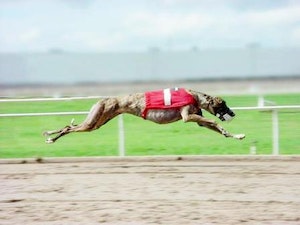 However, before I pencil a dog like this into my contender list, I give the race where it won a good going over. The reason I do this is because there are times when a big victory isn't as impressive as it appears at first glance. I need to be sure that the impressive first place was really impressive and not just a fluke that isn't likely to happen again.

For instance, many times when a dog beats the others by a huge margin, it isn't because that dog is faster. A lot of times, especially in the lower grade races, it's because the other dogs knocked each other out of the running. All it takes is one inside dog zigging out to the outside and taking four or five other dogs with it to let another inside runner move right up the rail, while the other dogs flail around in a tangled mess behind it.

Alternatively, especially in M and J races, a dog in the 8 box will just break right out to get the lead and race unimpeded to the wire and win by 8 lengths. In its next race, it’s often the favorite, but if it's in a midtrack or inside box, I'm not so apt to bet it. If it has other breakers to compete with, I really think twice before putting it in my trifecta wheel or quiniela box. Of course, if it's in the 8 box again, I give it a plus.

The key to judging dogs that have won by a big margin is analyzing the race they won in and comparing that situation to the present race. If you can, go even further back in their racing lines and see if they're one of those dogs that ONLY win when circumstances are right. There are a lot of dogs like that at every track. If you see that this is the case, pass on the dog, unless it's in the situation that lets it win.

In other words, don't be dazzled by a dog that looks like a sure thing, because it won by a large margin, until you know that it has the same chance of doing it in this race. If it was because of the dog's speed, running style and ability, bet it. If not, don't waste your money.