What a season that just wrapped up at Palm Beach!

So many memorable races and record breaking performances made this season one that many of us will never forget.  From Rob Gronkowski breaking every record imaginable and being the fastest greyhound on Earth, to the rivalry with Bae Sang and KB’s Like A Fox, this season really did have it all.

It was a blast from start to finish~

Here are the Top 10 races from this last season at “The Beach.” 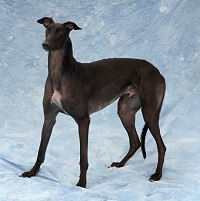 In one of his last races of the season, the fastest greyhound on the planet #3 Rob Gronkowski blazed a 29.01 secs W to break his own course record.

The best lady racer at Palm Beach #3 JS SpeedyPebbles does something no other greyhound has ever done here….win their first 8 starts.

In what was one of the greatest seasons ever by a greyhound, #8 Rob Gronkowski wins his 4th Major Stakes Title. Takes the win in 29.60 secs.

The rare feat of going from Maiden to Grade A without losing was done twice this season by Macsaurus and JS SpeedyPebbles.  What was even more amazing about this accomplishment is that they both completed the Ladder within a week of each other. 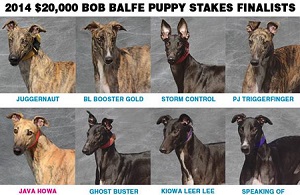 #5: Three Brothers Go Against Each Other In the Puppy Stakes Final

Siblings Storm Control, Juggernaut and Ghost Buster all make the Final of the Spring Puppy Stakes.  #3 Storm Control just holds at the wire to give owner Steve Schlachter the Title.

In what was considered by many at the track to be the most competitive field ever assembled in the long history of this race, #1 Flying Zinc from the Royal Racing Team wins the prestigious Titlein a blazing 37.30 secs time.

Dominating the field from start to finish, #7 Rob Gronkowski wins the He’s My Man Classic in 29.25 secs.  This was also the first time that Gronk faced fellow superstar JS SpeedyPebbles in a race.

Really enjoyed watching #1 Relativity from owner Chris Straka race this season. With 27 wins on the season, “Einstein” had many memorable moments.  None was bigger though then the upset of Rob Gronkowski during the Puppy Stakes qualifying.

The oldest greyhound racing in the country at 6 years old, #3 Deco Hesaway wins his own Birthday Award Feature Race.

Deco retired just a few months after this race was completed.

The two top super sprinters in the country #8 Bae Sang and season wins champ #5 KB’s Like A Fox finally met for the first time, setting the stage for the greatest rivalry at Palm Beach.  They both hold the time record on the super sprint course (16.38 secs) and are also Kennel mates with Rader Racing.  It was time to decide who was the best between them.