Harness Handicapping From Start To Finish


One of the best plays in thoroughbred racing is when a horse goes from a Maiden Special Weight race to a Maiden Claiming race. It's such a big drop in class that, even if the horse has shown little in the MSW class, the smart handicapper can expect it to show much more when it drops down to MC.

Of course, it's not a secret, so getting odds on these drop downs isn't easy, but it happens sometimes. In harness racing, there are no MSW races, but there are different classes of maiden races. It doesn't hurt to look for young horses that have been running in races with much higher purses, but are now dropping down to a lower level. If they have any speed at all, especially early speed, I'd give them another look.

When young horses run, whether they're thoroughbreds or harness horses, they tend to try to run as fast as they can for as long as they can. Of course, the driver will try to modulate that speed, but it's not as easy to do as it is with older horses. Pulling a horse back for a good part of the race isn't the best approach to winning. So, to my way of thinking, speed counts more in races for young horses, especially maidens, than it does in races for older horses.

If a horse has been running with horses at higher purse levels, and has managed to at least keep up for part of the race, it makes sense that it will be able to carry that speed farther when it competes with less talented horses. Look for a race with only one of these drop downs in it. If there are two or three, they may just burn each other out.

Another point that gets overlooked with young horses is what happens when they're entered in races for non winners of one race or NW1 races. The conditions may say "non winners of 1 race other than maiden or qualifying races", so the horse might have won a maiden race. It might look like a standout because it won by a few lengths or with a fast time.

But even if it won a maiden race with an impressive performance, don't expect it to repeat that type of victory in the NW1 race. Why? Because it's competing against horses that have won their maiden race and that have then gone on to race in NW1 races with other experienced horses. Just because they haven't won an NW1 race, doesn't mean that they haven't gained from the ones they've run in.

Some people think that NW1 races are the same thing as Maiden races, because "they're both races for horses that haven't won a 'real' race." That's just not true. Athletes in any sport get better by practicing, but there's no substitute for real competition, like with a football game rather than a practice. It's the same with horses. When they run against horses that have experience, that have picked up a few ideas about strategy and pacing, they learn from the experience and come out of it with ideas and confidence of their own. 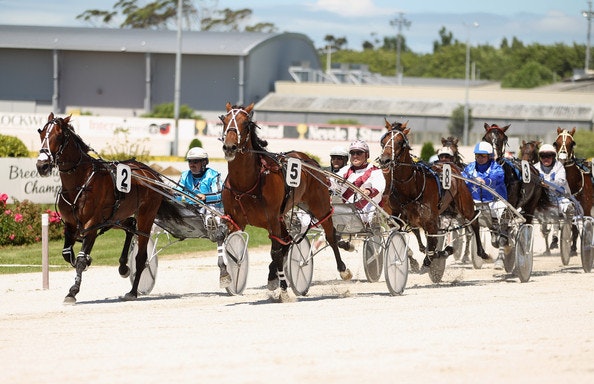 There's money to be made on races for younger horses, but you have to play them differently than the races for older horses. Always keep speed in mind and never forget that young horses are constantly improving. Don't expect them to stay the same from race to race. True, though they may not improve consistently, they will get better over time or they won't continue to race.

Look for trainers and drivers who know how to get the best out of young horses and then follow their young horses as they're trained into their best form. Get used to their pattern of training and winning with young horses. Look for drop downs and horses that have early speed. Win with them when they're young and you also might find the few that will let you go on cashing tickets on them throughout their successful careers.