This will be my last harness handicapping article for the Bet America blog, at least for now. I've enjoyed writing for BA but find that it cuts into my handicapping and family time too much. I'm also planning a book or two in future, if I can ever get myself to sit down and finish the two more that I've been working on for months now.

I thought it might be interesting to write about some angles and tips that I've been using successfully lately. The first angle is one that occurred to me as I looked at the latest trainer and driver standings at a couple of my favorite tracks. Here's what caught my eye. 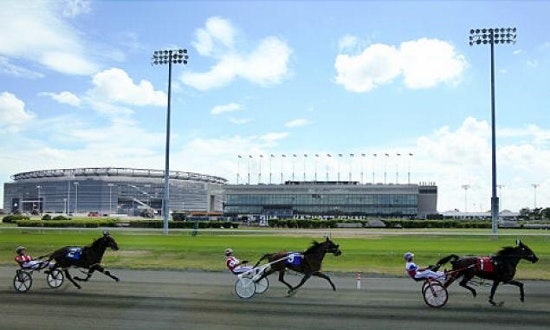 Some of the trainers and drivers have low stats, if you look at them separately. But when you look at the Trackmaster stats for how they do together, the win percentage goes way up. For instance, there's a driver at The Meadowlands that has 8% for wins, but when he's paired with a trainer who has 9% for wins, their win percentage goes up to 15%. That's a big difference.

So, when you look at stats, make sure that you look at the combined stats. It's the same with stats on how the driver and trainer do with a particular horse. They may have really low overall win and "in the money" percentages, but they may also have one or two horses that they win with. This is especially true at smaller tracks.

Another thing I've been doing lately is keeping better track of who does better at the claiming game. Everyone knows that horses do better when Ron Burke claims them. But did you know that there are at least three trainers who aren't as well-known who also claim to fame?

Once again, they don't have a high winning percentage, but when they claim a horse, it has a very good shot in its next race, because they know how to pick the right race and get the horse ready for that race. Look at the stats for claiming and look at the program to see when a horse was recently claimed.

Don't just think of drivers as good or bad. Think of them as individuals who are good at some things and not so good at other things. For instance, some drivers do best when they drive horses with early speed and some do best when they get a horse that closes in the stretch. The only way to figure out which drivers are better at which style is to watch races and take notes.

Watch for drives where the driver hardly has to whip the horse, or doesn't use the whip at all, as it cruises over the finish line. That horse had something left in the tank and the driver knew it. And it will probably have something left to spare in its next race, so look for its name in the program, next time out.

There's no substitute for watching races, whether you watch them as they run or watch the replays, because handicappers that watch races see things that the crowd doesn't see. That gives you a big advantage.

For instance, the comment line for a horse might not mention that it was brushed by another horse in the stretch or that it had to check because another horse bore out, but if you watched the race, you'd know that. Knowing why a horse didn't win or hit the board in a race can give you a longshot that the other bettors overlook. One of the best ways to make more money on harness races is knowing more than the people you're betting against. And that's probably the best tip I can give you.