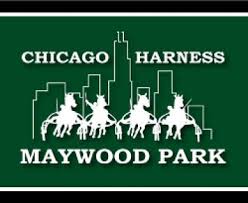 Since opening in 1946, Maywood Park has been the Chicago area’s top one-half-mile harness racing oval. Its feature event on the calendar is the Windy City Pace for three-year-old colt pacers, which was first captured by Trim The Tree in 1983 and has since been captured by standouts such as Jake And Elwood, Precious Bunny, Presidential Ball, Aracache Hanover and Betterthancheddar.