In La Canada-Flintridge is this unique watering hole called Dish. Dish is unique in the sense that even though it caters towards families, in no small part due to the amazing, fresh deserts on the menu, it's awesome gumbo, and amazing breakfast and brunch items, Dish also has one of the most magnificent happy hours in Los Angeles County. At Dish is where I finally realized the impact that American Pharoah had on the general public. Because La Canada-Flintridge is a wealthy town (many in Los Angeles County consider it the Beverly Hills of the east side), older individuals, some retirees, some just naturally wealthy, often visit for the happy hour. Recently,  I visited Dish and heard the most interesting conversation.

The conversation didn't start out being about American Pharoah. 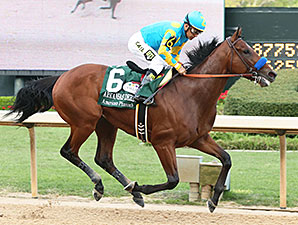 At first it was about football. The New York Giants and Miami Dolphins were both on the field getting ready for their Monday night showdown. Three older gentleman got into a conversation about football and how things were so different for the teams. One of the gentleman talked about how the Packers Had been "owned" by the people of Green Bay. Due to that, Green Bay would never lose the Packers. There would be no midnight jaunts to Indainapolis or some other such city. The conversation changed quickly when a different individual, dressed in a jogging suit and wearing a cap, entered the conversation. This person had knowledge about the racing industry because somehow, someway, the conversation ended up about American Pharoah and the day that he won the Breeders Cup Classic. No horse, including Beholder or Zenyatta, would have beaten "American Pharoah on that day", this person said.

The conversation got me thinking about the horse racing industry and how it can't  let American Pharoah's Triple Crown victory go to waste. There are some things that the industry could do in order to keep the momentum going. My sister-in-law's boyfriend wants to go the track to just hang out and watch the horses run. Although this won't help me at all, it sure will help the racetrack. The money that he'd spend betting on horses will no doubt be spent on beer and food. Plus, let's be honest, any time that anybody goes to the racetrack, bets will be made. Professionals are more inclined to stay at home and place gets through their BetAmerica accounts. Tracks need to turn into fun places to go. They can do that by coming up with more creative promotions. Santa Anita Park has a Family Fun Zone. My belief is that all fans eventually turn into horseplayers.

2. Really push the Kentucky Derby, Preakness and Belmont - Push all three races as a package. If American Pharoah can do it, the horse that wins the Kentucky Derby this year can do it. Naturally, more horses should run in the Preakness instead of skipping that race like so many trainers have been doing in recent memory. That will add to the competition of the second leg. But, the horse racing industry needs to push the competitive angle. They need to discuss the uniqueness of the Triple Crown Races and not just leave it up to the network broadcasting the race.

3. Try, although its difficult, to change the image of horse racing as bad for horses -

Thoroughbreds are a different breed of horse. If they are let out into the wild, which some people have suggested to me, they wouldn't last a day. Like any industry that involves animals, there will always be detractors, but the industry can't let the misinformation lead to bigger and more damaging falsehoods about the industry. What, for example, would PETA do with all of those thoroughbreds if the industry suddenly ended? Would they just send the horses overseas to those Asian countries that still consume animal flesh? A mass exodus to the glue factory? I'm not even talking about the jobs that the horse racing industry creates. The industry should be talking up more places like Old Friends, a retirement home for horses in Kentucky.

4. Promote the girls vs the boys races - 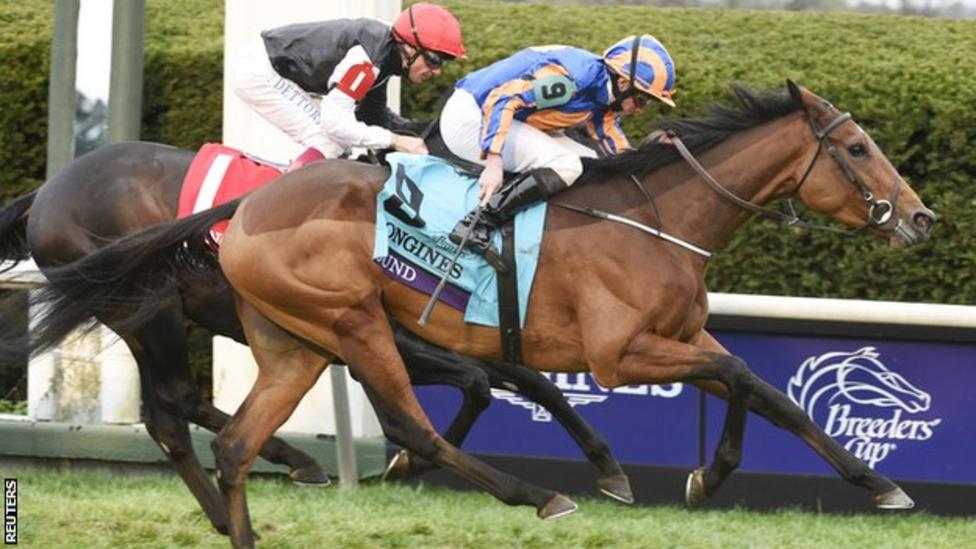 Songbird is on track for the Kentucky Oaks instead of the Kentucky Derby because trainer Jerry Hollendorfer, according to the owner, doesn't like to run the girls against the boys. Hollendorfer is an awesome trainer, but that's ludicrous. Found, a filly, beat Golden Horn, the absolute best horse in Europe, in the Breeders Cup Turf. Tepin, another girl, won the Breeders Cup Mile. Beholder was going to be American Pharoah's toughest competition before being pulled from the Breeders' Cup Classic. If Songbird had run in the Breeders Cup Juvenile, she would have beaten Nyquist by open lengths. There is no proof that girls can't handle boys in anything except maybe human contact sports like football, MMA or boxing although Holly Holm or Ronda Rousey would take most down in less than 14 seconds.