This year's finalists for induction into the National Museum of Racing and Hall of Fame were announced last week. Four Thoroughbreds, four jockeys, and two trainers will be on the ballot, and the top four vote-getters will be enshrined this summer in Saratoga Springs.

Here are the induction hopefuls for this year, complete with this turf writer's analysis on their chances of receiving the call from upstate New York. 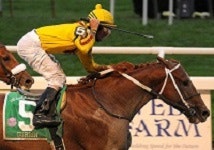 Curlin: By any measure, Curlin is one of the most accomplished thoroughbreds of the last 30 years. The two-time Horse of the Year retired as North America's all-time leading money-winner and captured several of the sport's biggest races. He's as much of a lock as a horse can be, even on the first ballot. 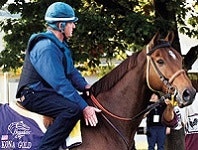 Kona Gold: One of the top sprinters of his era, the 2000 Breeders' Cup Sprint hero also set a track record for 5 ½ furlongs at Santa Anita that has stood for more than 15 years. One champion sprinter (Housebuster) was inducted last year, and while Kona Gold wasn't quite as accomplished, he may receive serious consideration. 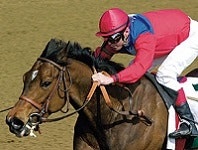 Xtra Heat: The fast female was a win machine. However, of her 26 wins, only one was in a Grade 1 stakes race. That was the 2001 Prioress, and while she has plenty of graded victories, her relative lack of Grade 1 success may make her less likely to be honored than fellow sprinter Kona Gold. 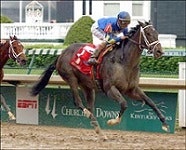 Ashado: This hard-knocking filly was on the ballot last year and lost out to Invasor, Lure, Housebuster, and Calvin Borel. This year, Curlin is a lock, and we'll get to a near-lock later on in the column. As good as she was (and at her peak, she was very, very good), she came along in a fairly weak time for the distaff divisions, and that could hurt her in the voting.

Alex Solis: Jockeys are tricky to figure when it comes to Hall of Fame time, and all four of this year's finalists in the category have some sort of caveat. In Solis's case, while he's 19 wins away from becoming the 29th rider with 5,000 lifetime victories, he's won just three Breeders' Cup events and a single Triple Crown race.

Garrett Gomez: On one hand, Garrett Gomez has 13 Breeders' Cup wins and led all American riders in earnings each year from 2006 to 2009. On the other, he has had substance abuse issues, and questions linger about his disappearance from racing last year. On accomplishments alone, he belongs in the Hall of Fame, but external circumstances may keep him out.

Chris Antley: A tragic tale, Antley had all-world talent and rose to fame as the rider of Charismatic, who nearly won the Triple Crown in 1999. However, less than two years later, he was dead in events shrouded in mystery to this day. At his best, he was one of the top riders in the country, but his demons were monstrous in size.

Craig Perret: Perret has been up for induction several times and has never gotten the call. Much like Solis, his win total (4,415) is impressive, but his big race record is lacking compared to his fellow nominees. Two Triple Crown wins and three Breeders' Cup victories may not be enough to get him into the Hall.

Steven Asmussen: Behind Curlin, this is the closest thing to a lock on the ballot. Asmussen has taken horse racing by storm, training such superstars as Curlin and Rachel Alexandra. He's the second-winningest North American trainer of all-time and fifth in career earnings. He's absolutely a Hall of Famer, and should get in on the first ballot.

Gary Jones: Another holdover from last year, Jones trained more than his share of good horses, including Best Pal and Turkoman. However, in 22 years of training, he managed more than 100 victories in a season just once. By comparison, Asmussen has not won fewer than 100 races in a year since 1997. Once again, Jones appears to be on the outside looking in.