Serious harness racing fans know that the sport takes on a unique identity in the winter months, when horses and drivers often brave snow, sleet, freezing rain, wicked winds and sub-freezing temperatures to compete at various tracks along the east coast. But tracks such as the Meadowlands, Yonkers Raceway and Dover Downs offer their own unique puzzles every night and novice players should be aware of the effects the elements often have on the outcomes. 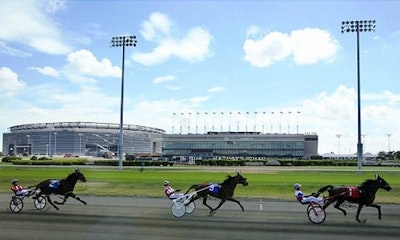 While the spacious Meadowlands one-mile oval is often viewed as the fairest track of them all, horses that draw posts nine and 10 are usually at a disadvantage with the races beginning heading into the first turn. But those horses do have time to negotiate the first turn and either continue on for the lead entering the backstretch or finding a tuck near the front or mid pack. Horses that tuck on the first turn can either brush to command down the backside or angle out gradually first over or perhaps look to pick up live cover. But the nine or 10-hole draw does not spell instant doom.

At nearby Yonkers Raceway on the opposite side of the Hudson river, the New York half-mile oval presents horses and drivers with the same abrupt start heading into the first turn. But the starting gate only spans eight-wide and horses leaving from those posts are at a dual disadvantage. The first turn comes up quick and is considerably tighter than those on the one-mile ovals and horses that draw posts seven and eight on Tuesday morning are often not trained that week as their trainers will often hope that luck will afford them an inside draw the following week.

At Dover Downs, the five-eights mile oval in Delaware offers horses and drivers a fair start for the most part. Horses that draw the outside slots have an ample chance to leave the gate quickly since the race begins when the horses reach the backside straightaway. 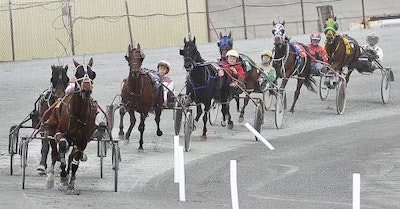 But horses with the rail are not traveling at race speed through the turn, while horses leaving from the outside often have to reach race speed 100 yards or so before the wings of the gate fold and turn them loose. Often fans will notice that post positions four and five have the highest win percentages on a five-eighths mile oval, likely due to the fact that those posts are directly behind the starting gate car and at race speed when the wings fold.

But trotters and pacers at those three tracks all have another element to deal with during the race. In most events, especially at half-mile tracks such as Yonkers, the inside posts and early speed and paramount for success. In fact, serious players will notice that horses dramatically improve when going from post eight one week to the rail the next. This result is two-fold - obviously the starting position on the half-mile oval favors inside horses and hinders those who draw outside and horses that draw the rail often get a serious training trip days before the race, in stark contrast to perhaps some light jogging the week they had the eight hole.

But speed is not always king during the winter months. Horses thrive in warm, muggy conditions when breathing through their noses offers little challenges. But the winter months force trotters and pacers to breathe colder air and often the application of Vick's on the edge of the nostrils is not enough to warm the air before it reaches their lungs. 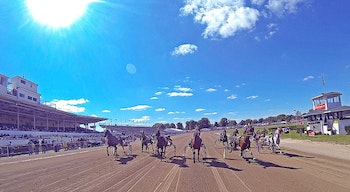 Even horses that get a second quarter breather and soft half-mile split - typically prerequisites to wins in the warmer months - are not enough to guarantee success during the winter. Pocket trips and second- and third-over trips can pay serious dividends during the winter months.

While thoroughbred racing fans are familiar with the terms one-turn mile and two-turn mile, harness racing fans realize that different sized ovals require the trotters and pacers to negotiate far more turns. At the Meadowlands, a one-mile oval that would seem ordinary for thoroughbred racing fans, the horses travel two turns to complete the one-mile distance. But at Dover Downs and other five-eighths mile tracks the horses navigate through three turns and at Yonkers and other half-mile ovals they must endure four turns. The smaller the oval, the greater the emphasis on early speed.

This Saturday evening when the Meadowlands offers the $60,000 Sonsam final for four- and five-year-old pacers, Major Uptrend (Yannick Gingras) will be the solid favorite based on his two victories in the two preliminary rounds, while Rockeyed Optimist will be the clear second choice. Under normal conditions, Major Uptrend would be difficult to beat. He has the advantage in tactical speed and can control the tempo throughout and he already defeated his main rival in the opening leg.