In 2006, both Panza and Pletcher expected a Triple Crown winner to retire 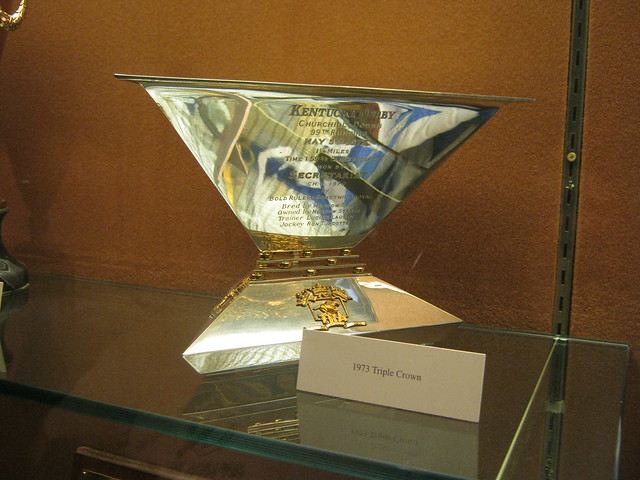 In various forms, the biggest question between now and the Belmont Stakes is, “Will California Chrome win American Thoroughbred racing’s Triple Crown?”

If he does become the first to do it since Affirmed in 1978, then it won’t take long for people to ask, “Will he ever race again?”

Trainer Todd Pletcher—the December 2006 version of him at least—said “no.”

“If we are lucky enough to get a Triple Crown winner we’ll be happy, but we would be foolish to think the horse is going to run much longer than that; it’s just probably not going to happen unless he’s a gelding,” Pletcher said during the “conditions and conditioners” panel at the University of Arizona Race Track Industry Program’s 2006 Symposium on Racing and Gaming.

Martin Panza, then the racing secretary at Hollywood Park, agreed.

“If a horse wins the Triple Crown, how can he run,” Panza said. “Unless it’s someone where money doesn’t matter, [an owner] is going to get offered $150-million the next morning, and how could you possibly afford to run him again? It sucks for the sport, but could you possibly put a cap on Keeneland sales? I don’t think so, but that’s sort of where the point we’re at.”

Panza is now senior vice president of racing for the New York Racing Association, which plays host to the coronation leg of the Triple Crown: the Belmont Stakes at Belmont Park. Pletcher plans to start Commissioner and Intense Holiday in this year’s Belmont in an attempt to thwart California Chrome’s Triple Crown bid.

As racing secretary at Hollywood, Panza saw first hand how the breeding industry can affect the top level of racing.

Pletcher experienced it from the other side with another Three Chimneys stallion, 2005 Travers Stakes winner and that year’s Breeders’ Cup Classic runner-up Flower Alley, who returned for a four-year-old campaign in 2006 and failed to win a Grade 1.

“[Flower Alley] probably was worth somewhere between $12-million and $14-million,” Pletcher said. His owner Eugene “Melnyk is a sportsman [and] wanted the horse to stay in training, and he is in the business to watch his horses run. He made the decision to keep him in training, and it was a situation where it really didn’t work out, and it probably cost him somewhere in the neighborhood of $6-million-$8-million. The horse’s value decreased that much because he didn’t have a good year.

“I can’t blame anybody,” Pletcher continued. “We want to see horses stay in training; we want to see stars, but if they have a horse that’s in a situation where they can capitalize and hit a home run, it’s hard for me to tell them not to take advantage of that.”

There have been seven dual classic winners this century, and only one—the gelding Funny Cide—raced as a four-year-old, though Point Given, War Emblem, and Big Brown all made winning returns in the Haskell Invitational following the Triple Crown season. Smarty Jones, Afleet Alex, and I’ll Have Another retired.