Jess A Saint Returns to Action Saturday at Louisiana Downs

Trained by Miguel Rodriguez, Jess A Saint will be ridden by Raul Ramirez, Jr in the 350-yard stakes, which will run as race six on the Saturday card. He has won three of his seven career starts, picking up a healthy check of $445,000 in winning the seven-figure futurity on November 29.  Ramirez is one of 16 jockeys in contention for 2015 AQHA Racing Champions, which will be announced on Wednesday, January 20

Other runners of note include Jet Black Zoomer, a son of Jet Black Patriot trained by Kelli Smith. Rider Antonio Alberto who guided him to his upset in the $100,000 Louisiana Champions Day Juvenile Stakes (RG2) at Fair Grounds on December 12, will have the return call. Trainer Kenny Roberts will saddle Heisa Hot Ticket and will give a leg up to Donald Watson. Both are tied for the lead in the trainer and jockey standings, respectively, following the first week of live racing at Louisiana Downs. 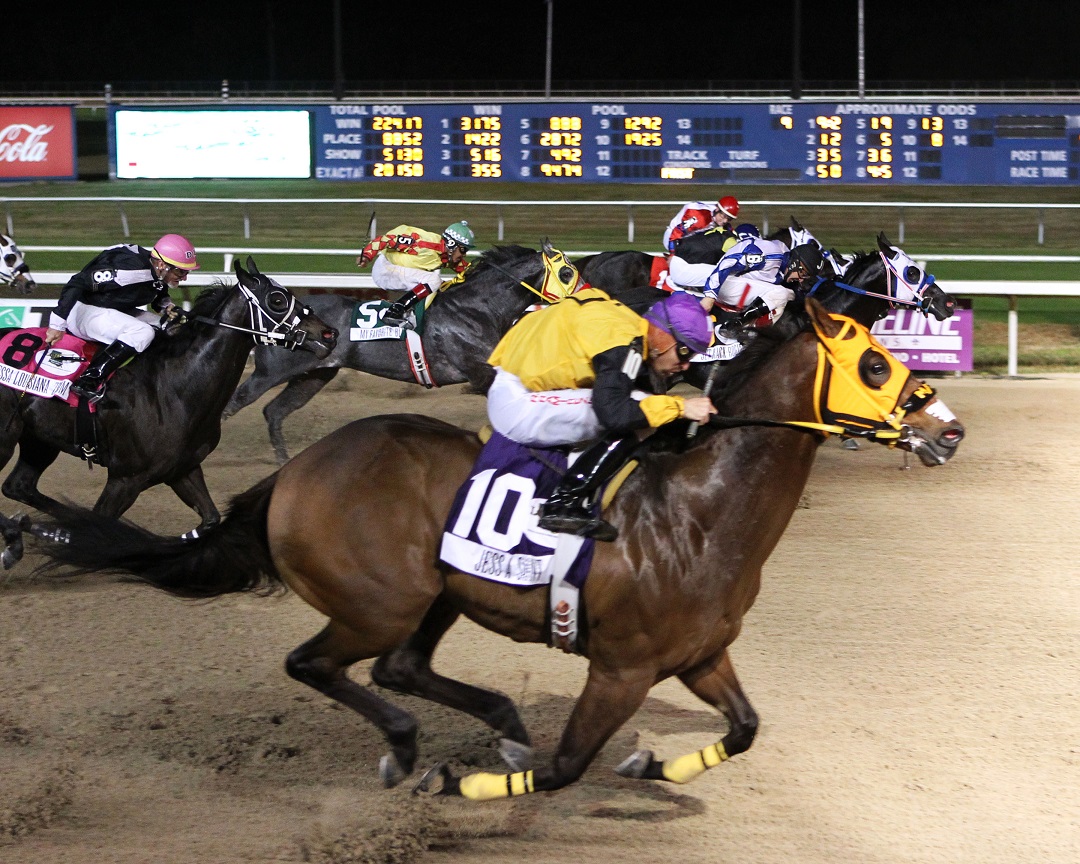