Texan Ted Abrams, Sr. will likely never forget the night of January 18, 2017. Accompanied by his wife, Nancy and daughter, Heather, Abrams homebred Jessies First Down was named 2016 AQHA champion gelding as well as AQHA world champion. The presentations were made as part of the AQHA Racing Champions ceremony at Heritage Place in Oklahoma City. 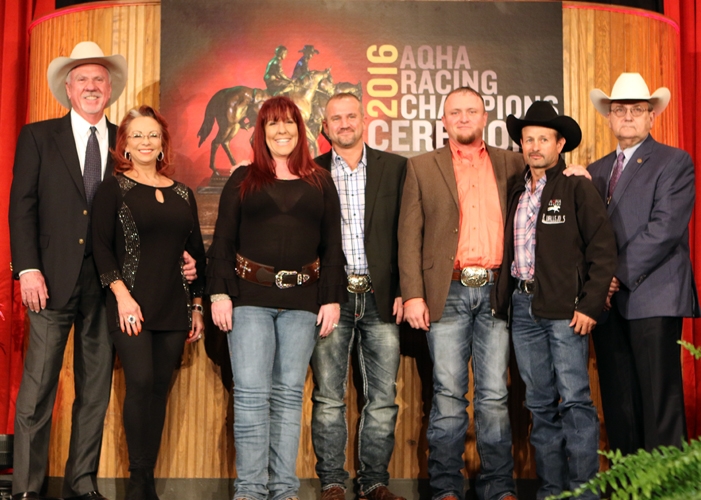 Abrams, who resides in Houston, Texas, has been involved in the Quarter Horse industry for decades as a breeder and owner.  He bred his broodmare Hess A Classy Lassy to FDD Dynasty and Jessies First Down was foaled on April 13, 2011. Lightly raced as a 2-year-old and 3-year-old, the bay gelding did not even break his maiden until his tenth career start. He won the Hialeah Maturity on January 18, 2015, and his stock has soared ever since.  Racing as a 5-year-old in 2016, Jessies First Down won eight of his 11 starts, which included five stakes. The well-traveled champion competed at six tracks in 2016, beginning with Hialeah Park, then Sam Houston Race Park, Lone Star Park, Ruidoso Downs, Zia Park and Sunland Park. His Grade 1 victories were the Refrigerator Handicap, Zia Park Championship and Championship at Sunland Park. Jessies First Down completed 2016 with earnings of $430,042.

Abrams was effusive in his praise for trainer Judd Kearl, and his staff for their care of Jessies First Down. 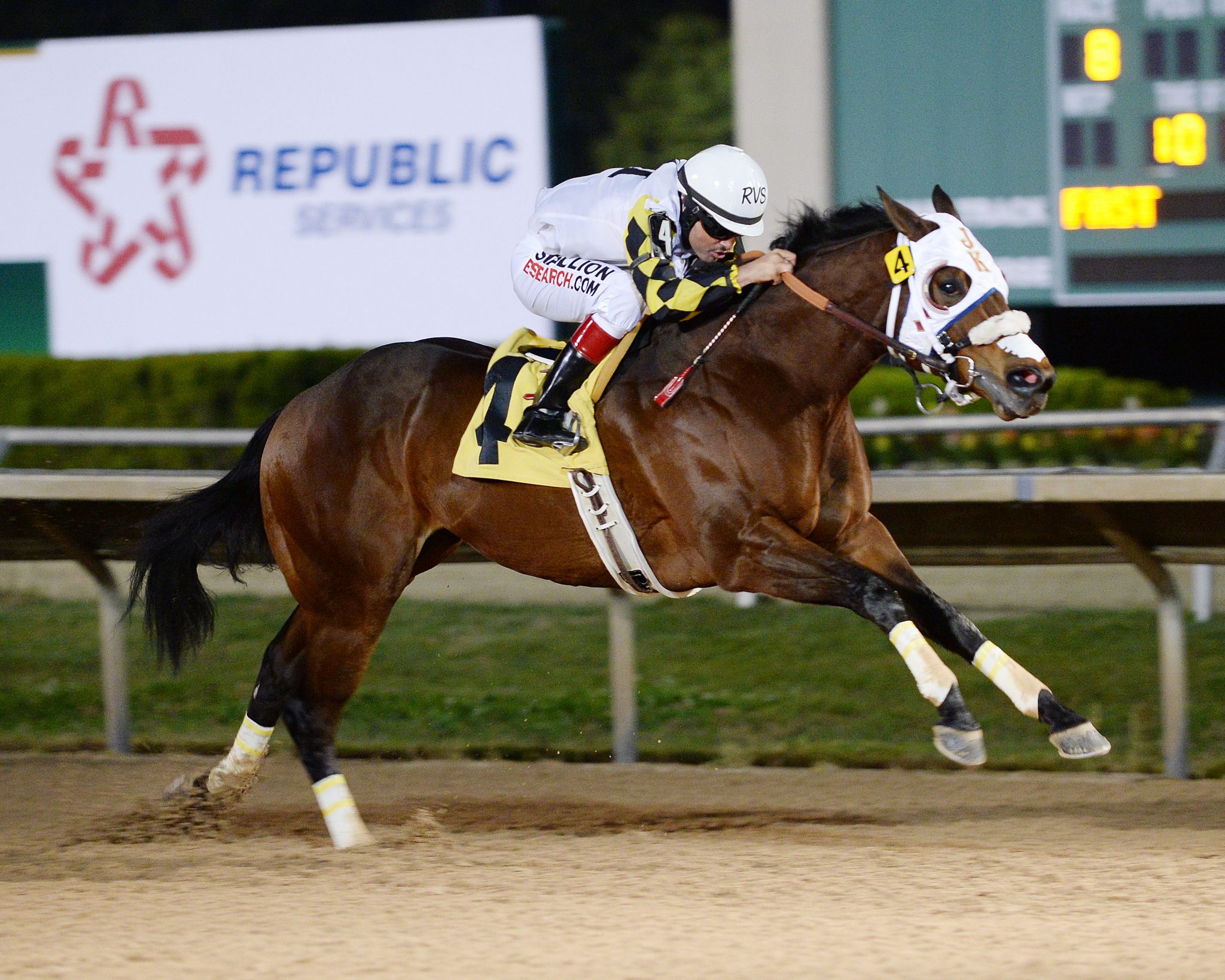 Jessies First Down won eight races in 2016 and was named AQHA world champion.

“I credit Judd, whose work ethic is unsurpassed,” said Abrams. “His assistant Jimmy Padgett was with us; even flying to Hobbs, New Mexico for the Championship at Sunland. He hates to fly and threw up the entire way!”

Abrams also thanked Jessies First Down’s groom, Javier, saying that he was the “only one to touch the horse.”

No stud duty for Jessies First Down, who is a gelding. The good news is that Abrams indicated that his champion will continue to race in 2017.

“We will run this year as long as he is sound,” said Abrams. “Then we will retire him and he can enjoy his pasture for the rest of his life.”

Congratulations to Abrams and Kearl, who earned his first AQHA Champion trainer title. That honor has gone to California-based Paul Jones, who was recognized as champion trainer  for 14 years in a row.
Racing
Loading...