Jockey Donell Blake and 870 Yard Races are a Winning Combination

Quarter Horse jockey Donell Blake is one of the best 870-yard Quarter Horse riders in the region. Since getting his license in 2009, the 24-year-old has ridden in Texas and Louisiana. 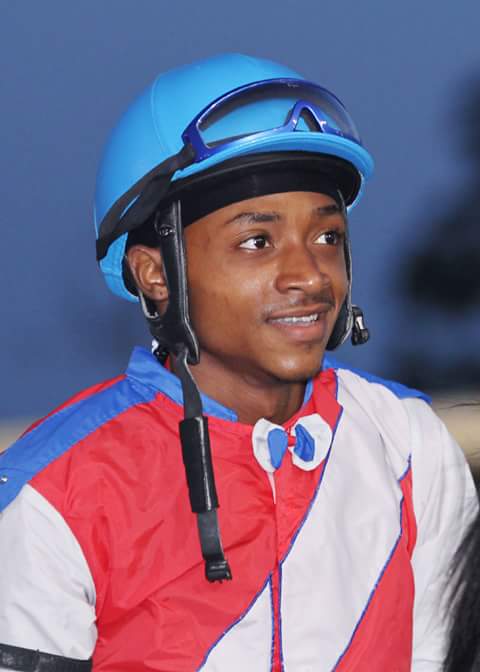 Not all Quarter Horse riders excel around the "hook". The majority prefer the straight distances, and of course, the more lucrative Futurities and Derbies are generally run at 400 or 440 yards. Blake got his start by galloping Thoroughbreds as a teenager and learned how to rate a horse from off the pace, a skill which is critical to success in the distance races.

Blake regards G. R. Carter and Charles "Dink" McMahon as his Quarter Horse role models, and Marlon St. Julien on the Thoroughbred side. McMahon's son, C.J., is a rising star in Thoroughbred circles, and is the current leading jockey at Remington Park. Since getting his license in 2009,  Blake has won 253 races and ten stakes.  Nine  of the ten stakes were 870 yard features, Fans who are familiar with the young rider, know that no matter which post he draws, his prowess in the saddle will give his mount an edge.

One of his first distance stakes winners was Doug Traylor's Rocky Mountain Fly, a gelded son of Panther Mountain who won the 2013 Live Oak Stake at Delta Downs and followed that with a victory in the Faubourg St John Stakes at Fair Grounds. Top Louisiana conditioner Kenneth Roberts, Sr. gave Blake the mount after noting his talent working horses in the morning.

On Saturday,  October 1, he won the $20,000 AQHA Distance Challenge at Lone Star Park aboard Ec Cartel for top Quarter Horse trainer Judd Kearl.  It was an eventful race, with Jessa Little Rusty losing his rider, and Blake having to overcome a wide trip from post position six. 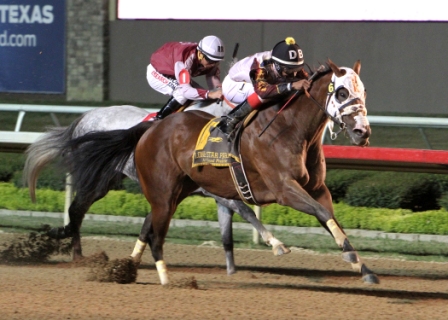 "I was sitting in a decent spot, but there was a loose horse on the rail and two of the outside horses coming in on me," said Blake.  "I was forced to check, but then a hole opened and I really had to get to riding."

And that he did, rallying down the lane, surging past post-time favorite Fire On the Fly to win by 1 1/2 lengths.

"That was quite a ride," admitted Kearl. "Donell is one of the best distance riders in the country in my opinion."

Blake is humble and honest in admitting that he is still learning his craft. As much as the 870 stakes wins have meant to his career, he enjoys riding the shorter distances in Quarter Horse races and hopes for more opportunities.

"I'm not in a hurry," Blake explained. "But winning three Challenge stakes this year has meant a lot to me. I am hoping I will be able to ride in the Challenge final at Los Alamitos (on October 29)."