Jockey Robby Albarado Continues to Excel at the Fair Grounds 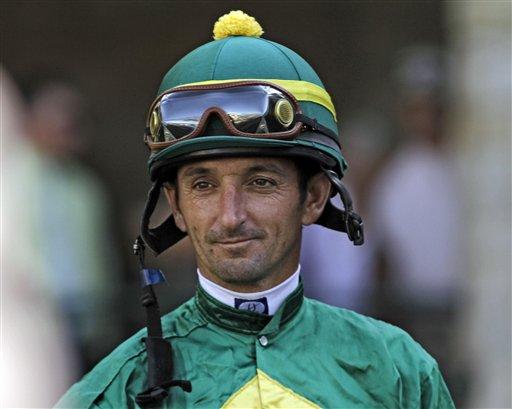 One of the best tracks in the United States is the Fair Grounds in New Orleans. Along with excellent racing, there's a jockey that rides down at the Fair Grounds in the bayou who has quietly carved out a hall of fame career. Robby Albarado may not be as popular as the well-known jockeys who ride at Santa Anita, Belmont and Gulfstream Park. But, Albarado has been as good as almost any jockey in the world during during the past decade. See below for my four favorite Robby rides.

It's hard to imagine a deeper group of three-year-old horses than what was in 2007. Not only did Hard Spun and Street Sense run as three-year-olds that year but so did Todd Pletcher-trained filly Rags to Riches. All three of those horses were great, but the three-year-old that stood out from all of the rest was Curlin. The unbelievable Curlin, one of the greatest horses to ever run, beat Kentucky Derby winner Street Sense by a nose in the 2007 Preakness. Watch the race. Did you notice that Curlin had to re-rally to catch Street Sense? He needed to have the horse, but it took a jockey of Robby's skill for Curlin to get the job done on that day.

Golden Soul didn't win the Kentucky Derby. He finished second. I don't care. The best, most professional, jockeys on the planet know what they can get out of their horses. In a race like the Kentucky Derby, just finishing second is a big deal. This is especially true if the horse that you finish second on goes off at 36 to 1 in the race. Robby had Golden Soul on the rail the whole time. When he saw daylight, he took the grinder out. At one point, it appeared as if Robby might be able to swing Golden Soul around Orb and go for the win. But, he knew that Golden Soul was tiring, just like everybody else in the field save for Orb. What did Robby do?  He decided to play it cool and go for second. What a ride!

Good jockeys are supposed to win races with horses like Curlin. Great jockeys can get into the money in races like the Kentucky Derby aboard 36 to 1 shots like Golden Soul. But, only the greatest jockeys can upset a horse like Goldikova in a Breeders' Cup race with a 65 to 1 shot. That's what Robby did aboard Court Vision in the 2011 Breeders' Cup Mile. He took Court Vision incredibly wide but not wider than Julien Leparoux aboard Turallure. What's amazing is how quickly Robby got Court Vision to explode in the stretch. As soon as Robby gave Court Vision his cue, the son of Gulch took off. He still had to get Court Vision's nose down at the wire in front of Turallure's nose.

Curlin went off fourth choice in the 2007 Breeders' Cup Classic behind Lawyer Ron, Any Given Saturday, and Street Sense. Only Curlin and Street Sense made up ground on second place finisher Hard Spun. Once again, Curlin showed the ability to hit a second gear. Once again, Curlin hit that second gear as soon as Robby gave him his cue. Curlin's win in the Breeders' Cup Classic is what started the horse on the path to becoming a legend.

Robby Albarado continues to ride as well as he always has. How good was Robby in 2016? His mounts earned an awesome $8,366,909. It was Robby's best year since 2010. Make sure to watch the Fair Grounds on BetAmerica.com and check out Robby Albarado. Every day, he's at the racetrack in the Big Easy, trying to ride into the winner's circle.
Racing
Loading...