Rodrigo Vallejo Off to a Great Start in 2016

Rodrigo Vallejo is always a rider to watch during the Quarter Horse racing season at Sam Houston Race Park. He began the year riding at Hialeah Park and is currently the #1 ranked AQHA Quarter Horse Jockey in the nation. 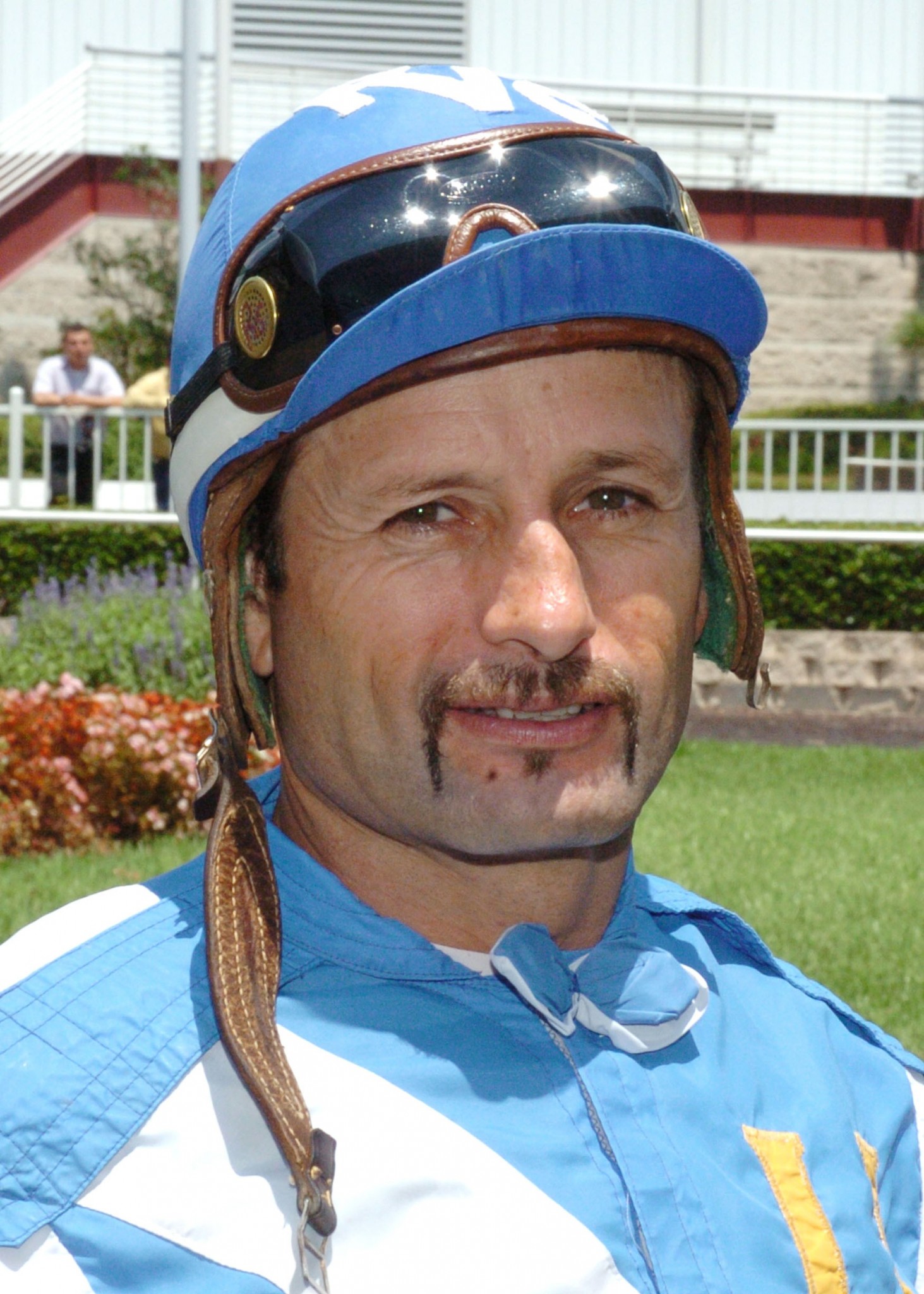 Opening weekend at Sam Houston was a good one for the 50-year-old rider, who was born in Jalisco, Mexico.  On Friday, March 25 he rode  Jessies First Down, who posted the fastest time in trials for the $95,000 Bank of America Texas Challenge. The 5-year-old son of Fdd Dynasty is trained by Judd Kearl covered 440 yards in :21.285 seconds. and .

“Like a fine wine, this horse just gets better with age,” said Kearl.

This was fifth win from 20 starts for the bay gelding, who has won three of his four starts already this year, including the $300,000 Miami Dade Stakes at Hialeah on February 28.

The ten fastest qualifiers will return for the final on April 16. The winner will represent Sam Houston Race Park in the $350,000 Bank of America Challenge Championship (G1), which will take place in October at Los Alamitos Race Course.

Vallejo will ride nine juveniles on Saturday in trials for the $100,000-added Sam Houston Futurity. He has an exceptional record in the stakes, winning with Royal Shake Em in 1996, Azoom in 2004 and All American Winner in 2005. While Vallejo has ridden his share of talented Quarter Horses, he acknowledges that the 2-year-old sensation, Azoom, is the best horse he has ever piloted. He was the leading 2-year-old in 2004, winning 11 of his 14 starts before retiring to stud.

Vallejo made his Texas debut in 1995 at Trinity Meadows. In the last decade, he has emerged as one of the top Quarter Horse jockeys in Texas. He has been named on horses in prestigious national racing events including the All American Futurity at Ruidoso Downs, the Heritage Place Futurity at Remington Park and the Bank of America Challenge Championship.