The 2016 Quarter Horse meet at Hialeah Park concluded on Monday, February 29. Officials were pleased with the overall quality of the 39-day racing season, which set new wagering records. This was the seventh year that the South Florida re-opened for Quarter Horse racing.

Several of the stars of the meet will be heading to other regions to build on their momentum. The leading jockey of the meet, for the second year in a row, was Omar Reyes. The 22-year-old rider won 43 races to out finish Rodrigo Vallejo in the standings. He will head to Remington Park in Oklahoma City for their 2016 Quarter Horse meet, which begins on Friday, March 11.

"I like working hard and am dedicated to being at the track early each morning," Reyes stated. 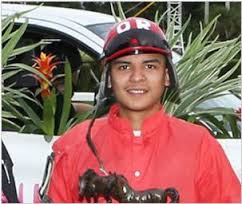 Reyes does not regret any of the sacrifices he is making at this stage of his career.

Trainer Judd Kearl was a runaway winner of the training title with 39 wins, 17 more than Kalah Welch. Born in Tremonton, Utah, Kearl, 41, learned the ropes from his dad, Steve.

"I remember ponying a horse when I was six," Kearl recalled. "My dad had a construction company, but growing up, I knew that was not what I wanted to do."

Rodrigo Vallejo has been the first call rider for Kearl for the past eight years. The native of Jalisco, Mexico, is one of the most underrated jockeys in the game today

"He doesn't speak Spanish; I don't speak English, but it works," states Vallejo. "We make a pretty good team."

Kearl and Vallejo will also be prominent at Remington Park and Delta Downs, when their Quarter Horse season begins on April 22.
Racing
Loading...